In a single hour, the solar rays that strike the Earth deliver enough energy to power the world economy for a whole year, researchers at the Massachusetts Institute of Technology have learned. Yet mankind is still a long way from harnessing this kind of potential. In the first three episodes of our series, we took a closer look at the innovative projects that could help change that. Episode four takes us to the lab of Ahmed Hasan, who researched how the photovoltaic systems at the University of Ontario could be used more efficiently, whilst also investigating new possible applications.

Dr. Ahmed Hasan is a postdoctoral researcher at the University of Toronto. 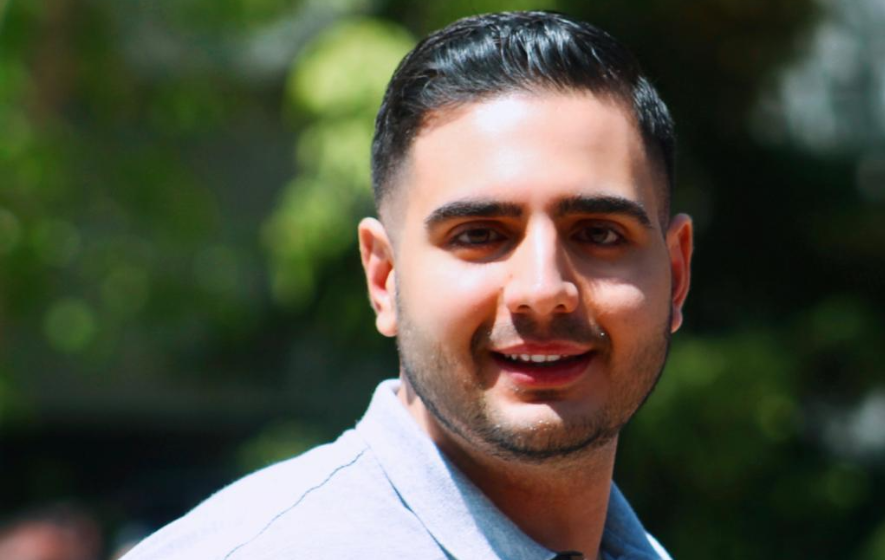 Dr. Ahmed Hasan is a postdoctoral researcher at the University of Toronto.

“We want to produce the maximum amount of power in any given area because it’s going to be necessary for the future. In terms of solar energy, in the summer you get an average of 1000 watts per sqm. And we can’t change this input. What we can change is the output”, explains the scientist. Together with a team from the Ontario Tech University, he has run several projects aimed at finding ways to technically increase output, focussing on two technologies in particular: bifacial solar modules, i.e. modules with solar cells mounted on both their front and back, and floating photovoltaic systems. In computer-assisted simulations, the researchers calculated whether a combination of the two could increase efficiency, among other things.

Floating solar farms on lakes have also been around for a few years, now. The modules are mounted on buoys or pontoons that float on the water’s surface. They are a good alternative to onshore solar farms, not least due to the growing scarcity of land available in many regions of the world. The energy yields are also greater as the water acts as a natural cooling and heating system.

Yet the Canadian researchers didn’t only focus on the thermal advantages of offshore solar farms. “We also want to take advantage of the reflection that happens on the surface of the water by using bifacial modules,” says Ahmed Hasan. However, many different factors have to be considered before these modules can produce as much electricity as possible. This is why the scientists have developed a numerical simulation protocol allowing them to calculate exactly when and where the solar rays will fall on the PV cells. “In our ray trace model we took into account the sun’s position and the position of the solar module. We were able to include reflection and refraction indexes in our simulation along with the sun’s position and the irradiance. And then the software tracked where each ray will land. We did this with up to 10.000 rays and it mapped out, where they would hit on the solar panel”, explains the scientist.

The ray path model calculates where the sun's rays hit the PV module. Many different factors have to be taken into account, as the illustration shows.

Side view of the model. Up to 10,000 sun rays can be represented in the simulation. 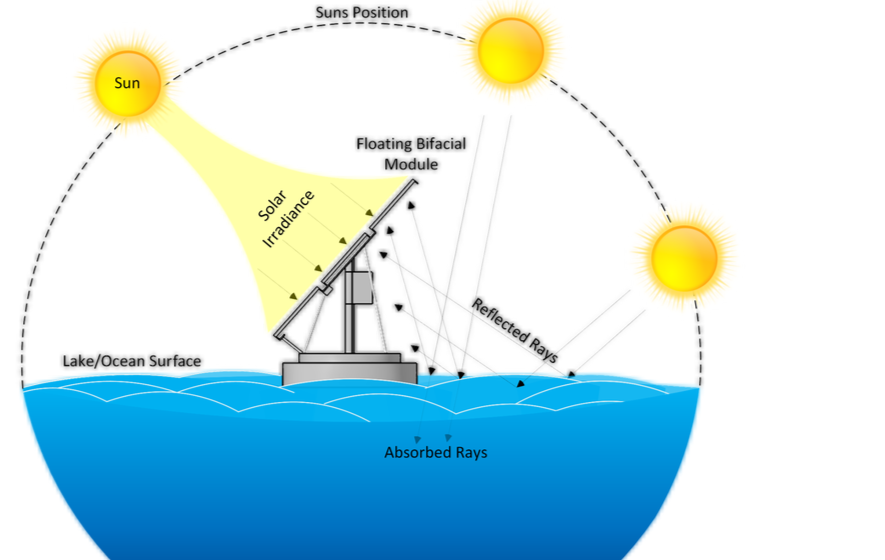 The ray path model calculates where the sun's rays hit the PV module. Many different factors have to be taken into account, as the illustration shows. 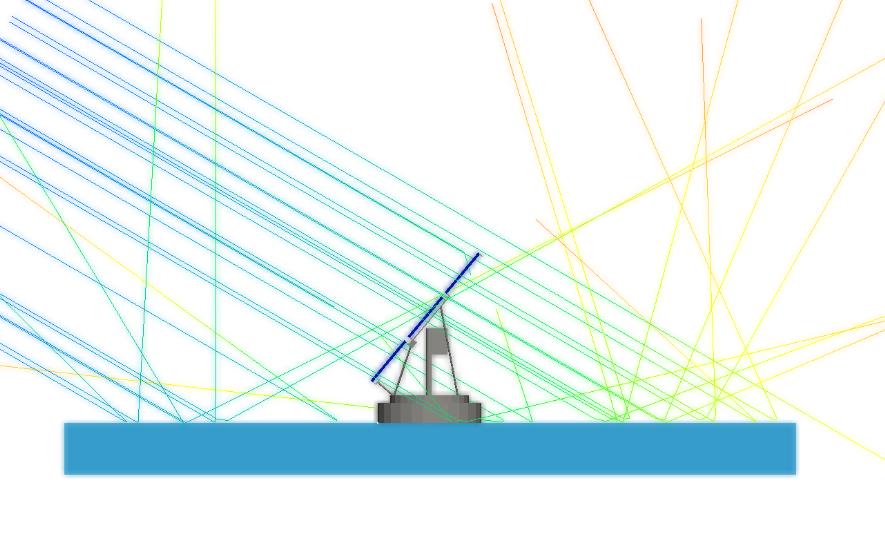 Side view of the model. Up to 10,000 sun rays can be represented in the simulation.

The model can thus determine how the PV modules should be positioned in each location to achieve the greatest possible yield. Off the coast of Ontario, for example, irradiation on a bifacial module could be as much as 55 percent higher than on a monofacial one. The software predicts that this would require the upper side of the module to face north with the back side facing south. In rough waters, this figure decreases to 49 percent.

The future of solar energy has two sides Read more

According to the calculations, bifacial PV modules are able to produce around 24 percent more electricity on water than their monofacial counterparts. This makes a strong case for increased application of this technology moving forward. In practice, however, there are a number of hurdles yet to overcome. “I think at the moment the biggest challenge are the costs of bifacial modules. The increase in power production doesn’t justify them”, says Ahmed Hasan. And the technology isn’t seaworthy yet. “The material has to be improved, because in wavy areas there will be splashes and the salt will dry on the surface of the modules. That will cause residues and decrease the efficiency. I also feel we could optimise the buoys and floaters.” What’s more, operators would also have to create the necessary infrastructure to transport the electricity back to shore.

Nevertheless, the Ontario research team believe in the potential of offshore solar plants. Next, they hope to combine the ray trace model with others and simulate, for example, how exactly the thermal advantages of water affect electricity production. Based on detailed calculations such as these, operators would be able to build much more efficient solar plants in future. “Renewable energy production is a tailored solution, it’s not one size fits all. It’s an optimisation issue, you really need to analyse where you’re deploying these,” says Ahmed Hasan. “We did that with the ray trace model. With this you have the data to tailor a bifacial module for any application.”