Maiden flight to carbon neutrality: This is the goal a consortium spearheaded by the German Aerospace Centre (DLR) (Link in German) aims to achieve by 2025. The partners are developing a fuel cell system for regional aircraft in a project subsidised by the German Ministry for Economic Affairs and Climate Protection (BMWK). According to DLR, the system will have an output of 1.5 megawatts (MW), be the first of its kind worldwide, and be powerful enough to propel a 40-seat Dornier 328 airplane to take-off with a hydrogen-online drive.

A total of four major aviation players joined forces to launch the project code-named 328H2-FC (Link in German): DLR, its spinoff H2FLY, Deutsche Aircraft and Diehl Aviation. Their sights are set on the ambitious goal of electrifying an airplane powertrain. To this end, they intend to engineer a fuel cell system and integrate it together with a cooling system and hydrogen tank. This should enable the aeroplane to run entirely on hydrogen at cruising altitude. A gas turbine will kick in during start and landing, both energy-intensive operations. 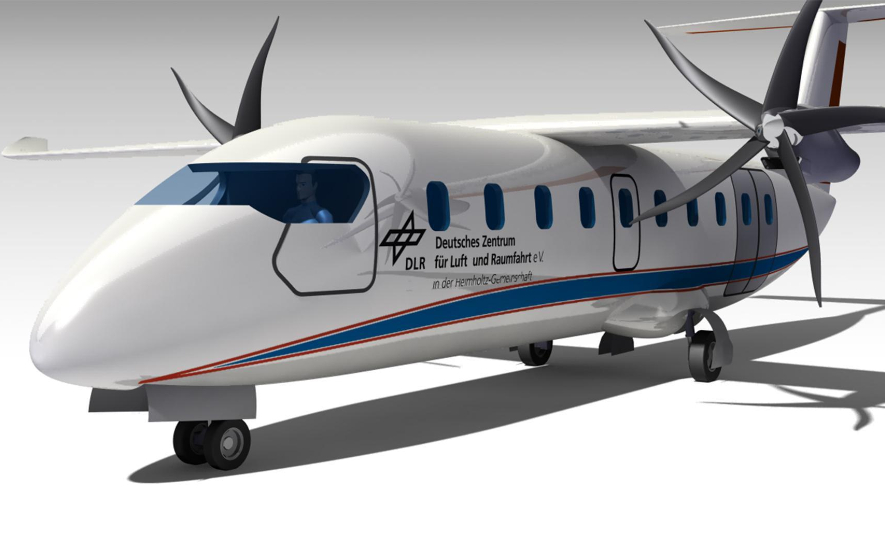 “By building a fuel cell with an output of more than 1 MW, we will open the door to zero-emissions passenger air travel. We will subject the new technology to extensive tests at DLR’s Stuttgart site before entering the aircraft integration phase and conducting the first test flights,” says André Thess, Head of the DLR Institute for Technical Thermodynamics. Among DLR’s project responsibilities are the fuel cell test bench, tank system testing and powertrain field trials. In addition, the researchers want to examine emission data and determine the environmental impact of the hydrogen aircraft based vapour trails.

328H2-FC could beat the Airbus ZEROe to market

André Thess is confident that the technology will soon achieve market maturity: “Such passenger airplanes could take up commercial operation by the end of the decade.” This would enable 40 passengers to travel up to 2,500 kilometres – roughly the distance from Berlin to the Portuguese capital of Lisbon.

If plans remain on schedule, the 328H2-FC could take off before the first hydrogen aircraft from Airbus. The company announced at the end of 2020 that it would launch the first hydrogen-powered passenger airplane by 2035 (as reported by the en:former). H2FLY proved the concept is technically feasible in Stuttgart back in 2016 when the aviation specialist’s HY4 prototype was the world’s first four-seater passenger aircraft to take to the skies powered solely by a fuel cell and battery system.