Wind power has just matched the H1 record posted in 2018 in Germany. Electricity produced from the big rotors is increasingly satisfying demand for electricity in other European countries as well. Wind has replaced hydroelectric power as the main renewable source of energy used to generate electricity in the European Union since 2017. And, according to calculations by the European agency for the sector EuroWind, wind power accounts for 14 percent of total generation throughout the EU. Only with gas and nuclear fuel was more electricity produced.

Wind power’s share of the electricity mix in the EU28

This puts Europe far above the world average for wind power, which last year was 4.8 percent according to the BP Statistical Review 2019. It is thus all but surprising that four of the five biggest wind turbine manufacturers come from Europe. Combined, the top five in the sector have installed about two-thirds of global capacity. And, unlike in the PV business, where a substantial amount of added value is now created in Asia, the wind energy industry benefits from European skilled labour.

A study by corporate consultancy Deloitte commissioned by EuroWind found that 262,712 jobs depended on wind energy directly or indirectly in Europe in 2016. Throughout the EU, the sector contributed 36.1 billion euros to gross domestic product – two-thirds directly and one-third through contracts awarded to other sectors such as heavy industry and construction. This is reason enough to take a closer look at the top five in the sector. 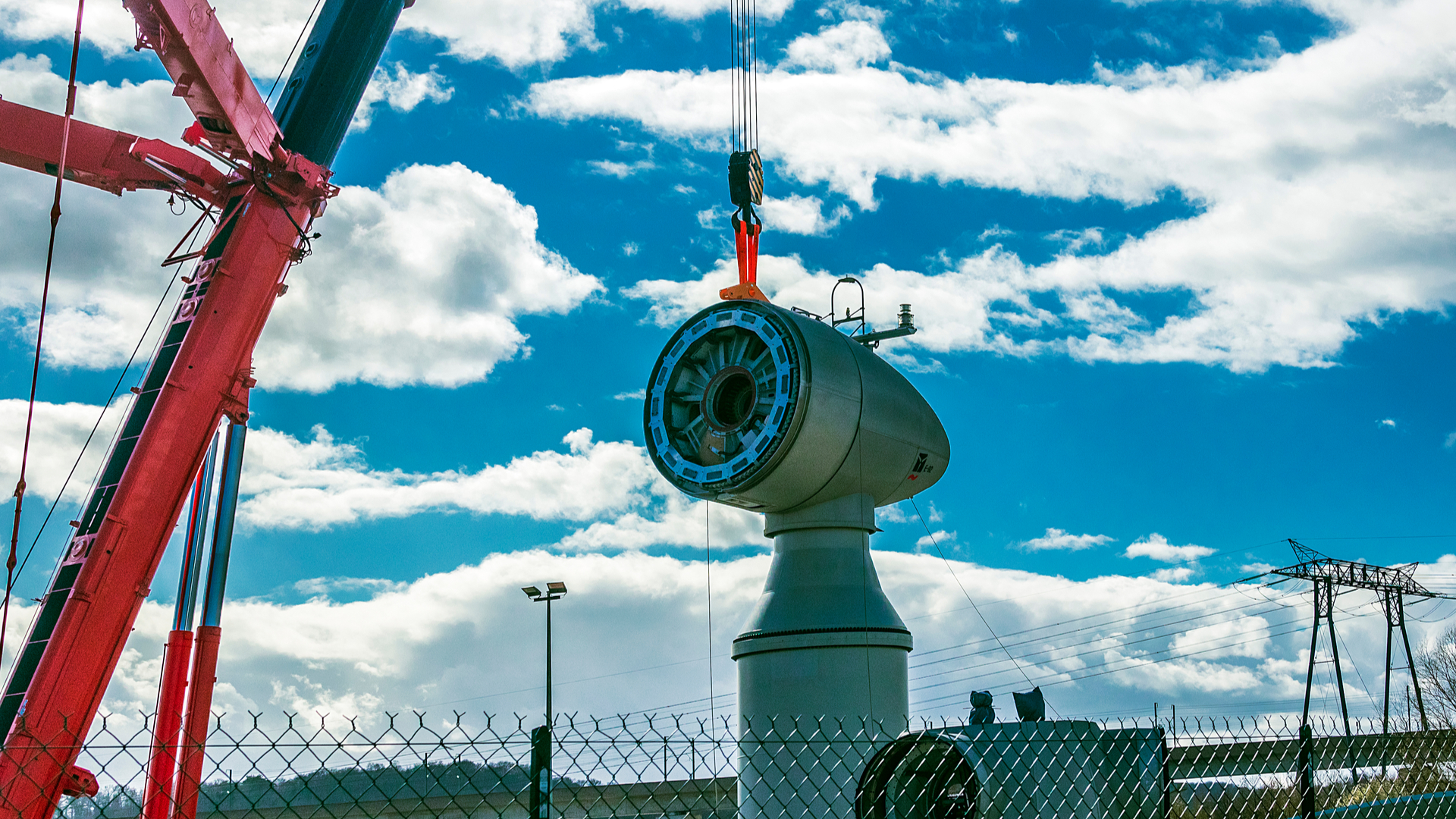 Germany’s front-runner in wind power slipped from fourth to fifth spot in 2018. The key individual at the Aurich-based firm is company founder Aloys Wobben, who built the first wind turbine – with an installed capacity of 22 kilowatts (kW) – back in the mid-1970s. In 1984, he established Enercon, which then had three employees. When he withdrew from the operational side of the business in 2012, the headcount had long risen to five figures. The development of the first gearless ring generator in 1993 was one of the company’s milestones.

Including dependent suppliers, Enercon counts over 20,000 employees in sales offices and factories spread across several continents. Enercon commissions the production of many components from exclusive suppliers, with more than 1,000 people working in both Aurich and Magdeburg alone.

Moreover, Enercon has been active in other areas of the renewables business as well, including hydroelectric power, power-to-gas and new marketing models such as citizens electricity and EV charging farms. A standout is E-Ship 1, a cargo vessel owned by the company that harnesses wind energy using a Flettner rotor to transport components for offshore wind farms.

Enercon units can be found in 45 countries the world over. October 2018 saw the company passing the 50-gigawatt (GW) mark by erecting the Mui Dinh wind farm in Vietnam. However, its home country remains its core market: Enercon has installed over 20 GW in Germany alone – two-thirds of the nation’s total wind power capacity. 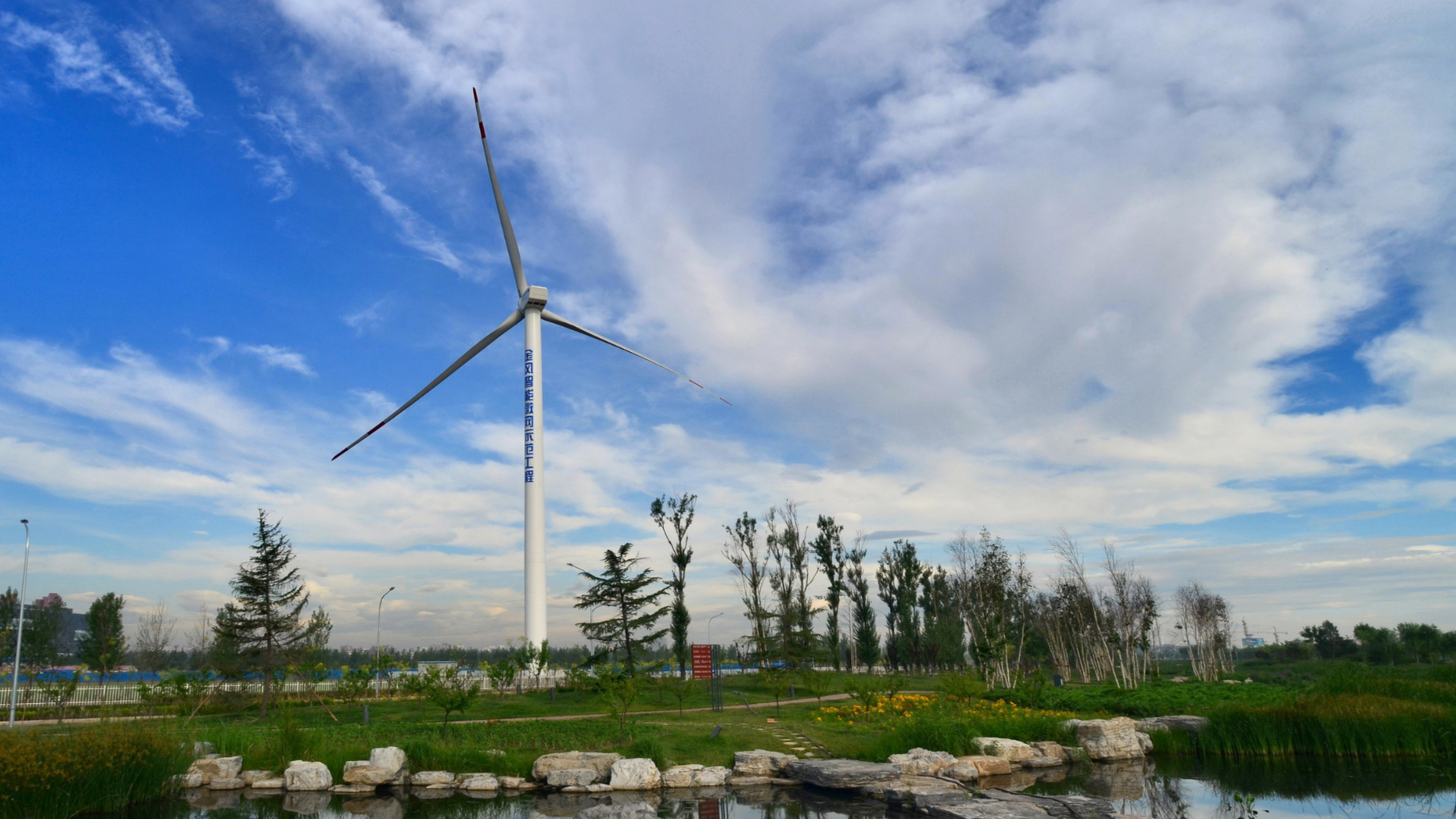 It is probably just a matter of time before Goldwind vaults to the top of the list. The Chinese have ranked first before in terms of annual installed capacity. Here, the country benefited from the fact that it installed 30.2 GW in a single year. The storm driven by China’s wind energy has since ebbed somewhat. However, it still claimed second spot worldwide in 2018, on the back of a 7 GW expansion – enough to leapfrog Enercon based on total installed capacity.

The state-owned company was established as a research institution in the middle of the 1980s. In 1989, Asia’s then largest wind farm was commissioned, albeit with technology from Denmark. In 1994, the central government raised the sales price of wind power several times over, giving the Chinese market momentum unknown before then. With German assistance, technical expertise was amassed, enabling the Chinese government to include the company’ transformation into a major production facility in its five-year plan.

In addition to its core business, Goldwing is active in water purification, sustainable agriculture and intelligent energy usage. Although Goldwing currently has some 8,000 employees in operations in 24 countries across all continents, its domestic market remains key: 2018 saw the state-owned company account for 6.7 GW of China’s total installed capacity of 7 GW. 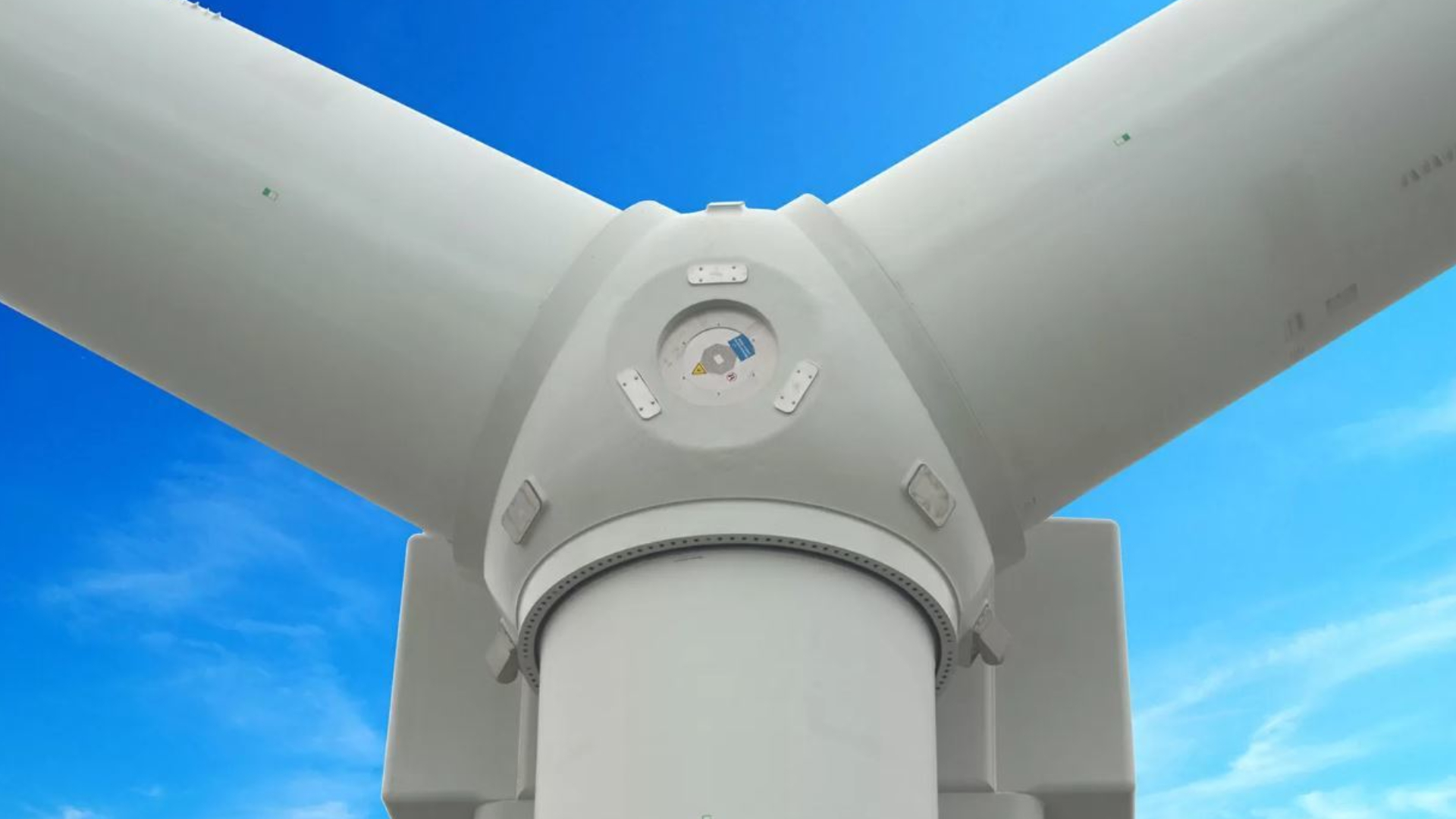 US industrial group General Electric (GE) and Siemens are the grandes dames on this list. They were both born as a result of the industrial revolution. And they both ventured into wind power rather late in the game.

Not until 2002 did parent company GE create the division named GE Wind Energy GmbH. The cornerstone was laid by the acquisition of a medium-sized enterprise from Salzbergen in Emsland, Lower Saxony. German engineer Franz Tacke founded Tacke Windtechnik GmbH in 1990. Once it went bankrupt in 1997, the US Enron Group snapped up the company, and then Tacke was bought by GE after the demise of Enron. Added to this later on were the wind power division of French industrial heavyweight Alstom and Danish rotor blade manufacturer LM Wind Power.

GE has maintained some of the sites of the acquired companies. For instance, Salzbergen remains responsible for onshore wind turbines in Germany. Gondolas and generators are assembled at Alstom’s former Saint-Nazaire location in France. GE also runs service, research and production sites in six additional European countries. The US market has its own sites, as do South America and Asia.

All told, GE has installed approximately 40,000 wind turbines with an aggregate capacity of 70.3 GW around the globe. This puts the Americans in third spot in terms of lifetime achievement, with a comfortable distance to fourth place. 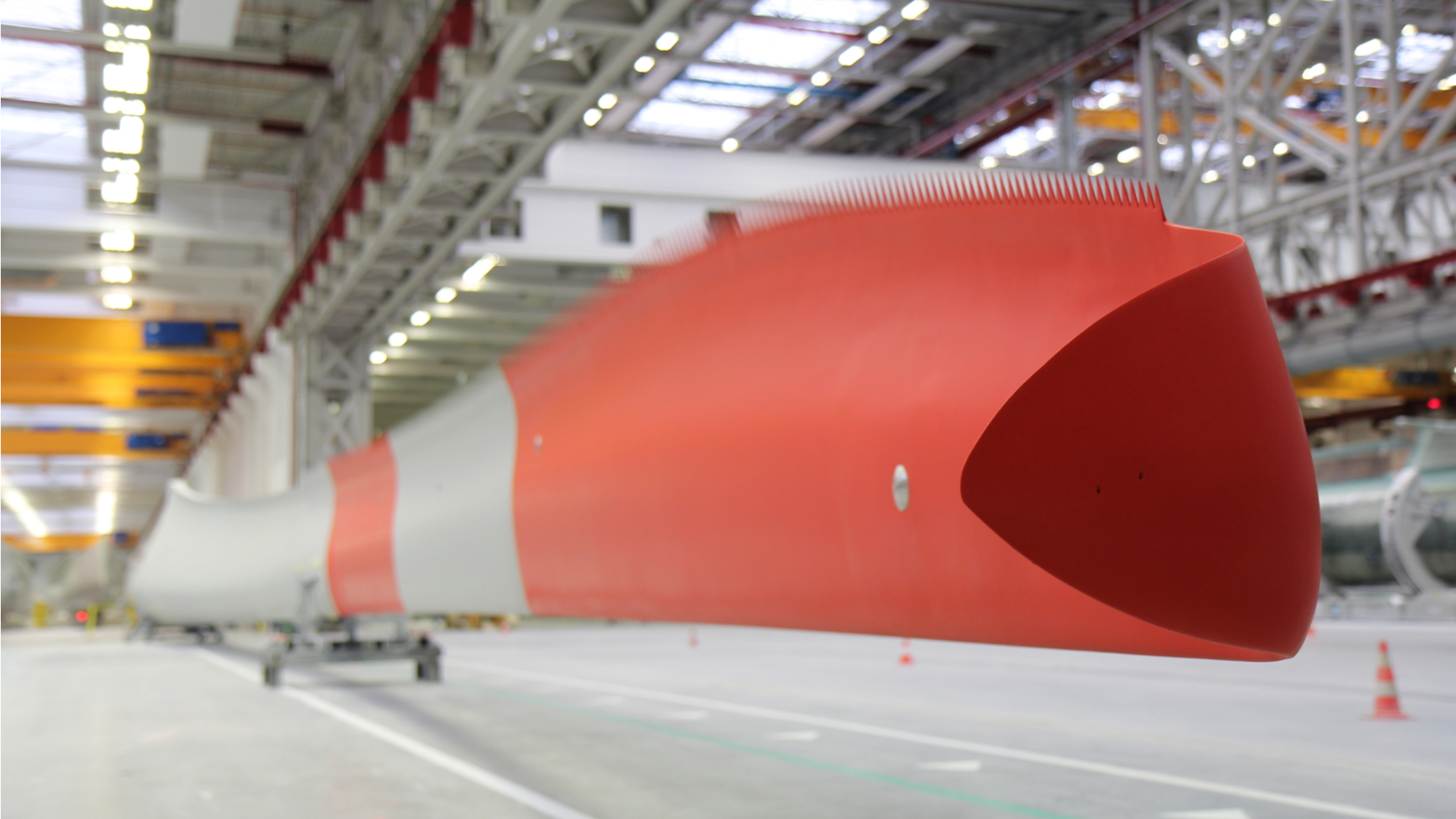 Germany’s Siemens Wind Power and Spain’s Gamesa figured among the sector’s heavyweights even before they merged in 2017. They each had about 35 GW of installed capacity worldwide, commanding fourth and fifth spot on this list, respectively.

Gamesa was spawned from Grupo Auxiliar Metalúrgico, an industrial project developer founded in 1976, which had been active in the aviation industry since the mid-1980s. Once the Spanish power utility Iberdrola took a stake in Gamesa, the latter began focusing on expansion. While the Spaniards supplied aircraft elevator units on the one hand, they installed their first wind farm in the Navarra region in the Pyrenees on the other. Then the company opened production facilities in the USA and China, followed by India and Brazil at the turn of the millennium. The aviation division was sold off in 2006, turning Gamesa into a pure-play wind energy company.

The history of Siemens’ wind power division begins in the early 80s, albeit unbeknownst to anyone at the time. After all, the company was called Bonus Energy and belonged to Denmark-based Danregn, which produced irrigation systems. The first wind turbine is constructed in 1981, and Bonus Energy sets up the world’s first wind farm off the Island of Lolland in the Baltic Sea ten years later. Situated in shallow coastal waters, the eleven turbines combine for an installed capacity of just under 5 MW – a figure trumped by a single offshore wind turbine from the current model series. By the time Bonus Energy is acquired by Siemens Wind Power in 2004, the Danes have installed a good 3.3 GW in 20 countries, representing nine percent of the global market at the time.

Siemens obtained a leading position in Europe prior to the merger in 2017 – above all in offshore wind. Gamesa specialised more in onshore units, with a strong presence in Latin America and other emerging countries including India. They actually wanted to take the throne in their branch of industry, but it is still occupied by … 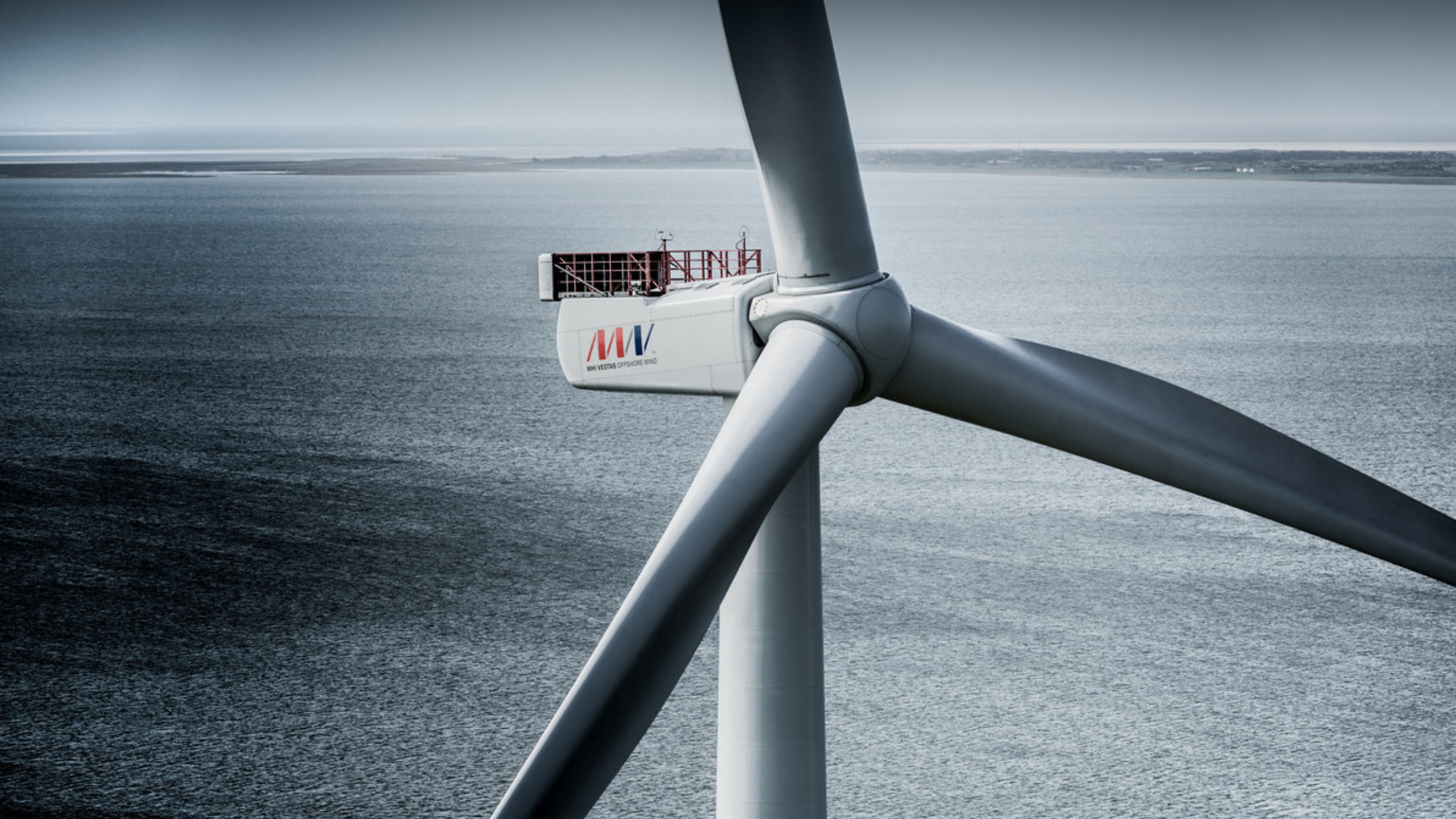 It comes as no surprise that the sector’s leader also hails from Denmark. With a total coastline of 7,300 kilometres on a mere 40,000 square kilometres of land, the Danes are truly blessed. Wind nearly always blows across the small country situated between the North and Baltic Seas – especially along the west coast, where Peder Hansen founded Westjütländische Stahltechnik A/S in 1945.

Until then, Hansen had manufactured window frames with his father, a trained smith. During the years of the economic miracle, the family business switched to electrical household appliances and refrigeration devices – first for milk churns and then for ship turbochargers. Vestas built its first wind power generator in 1979. The rotor measured 10 metres in diameter, and the generator was capable of producing 30 kilowatts of electricity. Today, Vestas’ smallest model has a rated output of 2 MW. The company built the largest variants in a joint venture with Mitsubishi Heavy Industries. The MHI Vestas V164 has a rotor diameter of 164 metres and a maximum output of 10 MW, currently making it the biggest wind turbine bar none. These models are primarily used in offshore wind farms.

It goes without saying that Vestas has also contributed to Denmark covering roughly 50 percent of its demand for electricity with wind energy. The country installed more than 6 gigawatts (GW) to this end in 2018. However, this alone would not have been enough for Vestas to even get close to the world elite. The company has built units combining for a capacity of over 100 GW the world over, accounting for a hefty 17 percent of all wind farms around the globe. In 2018, the main sales market was on the other side of the Atlantic: Vestas recorded 44 percent of its sales between Alaska and Tierra del Fuego, 42 percent in Europe and Africa, and the remaining 14 percent in Asia and Oceania. The company has nearly 25,000 people on its payroll, is active in 80 countries, and does the maintenance work on more than 85 percent of the turbines itself.

Floating technology opens up new spaces for the sector: "Why wind turbines are learning how to swim" Read more

The new round broadens the eligible types of technology and reserves funds for those the government wants to encourage.
Read more
More about Energy transition Power generation