electrification emission trading energy storage energy transition innovation power stations RWE security of supply
Back to Overview
2018-12-21 79
[post-views]
Energy industry
This is the energy it takes to celebrate Christmas
From fairy lights to Christmas dinners: we need a lot of electricity over the holiday season
7 Min 1 1

The best part of Christmas is watching your children’s faces light up when they open their gifts. But there is one thing to rival their glow. One thing? Try two, three… four things! Lamps, candles or entire chains of fairy lights all glimmer and flicker when things get cosy over the holidays. And it’s no surprise given how dark it gets. On the shortest day of the year, the winter solstice on 21 December, the sun rises in our part of the world at 8am and disappears not long after 4pm. This means it’s dark outside for twice as long as it is light. And thanks to the mixture of Christian and pagan customs, we celebrate Christmas as a festival of lights.

The first electric Christmas decoration was invented in New York

For centuries, candles were the light source of choice. The first electric Christmas decoration was designed in 1882 by American inventor Edward Hibberd Johnson, a business partner of the far more famous Thomas Alva Edison.

He had just three lamps made specifically for the Christmas tree in his home in New York. Yet this first glimpse of a Christmas tree lit with electricity was only the beginning. Today, in most western countries, Christmas trees are preferably decorated with electric fairy lights. And they aren’t used sparingly, either.

According to comparison portal ‘Energiewereld’ in the Netherlands, for example, electricity supplier Enecohas has noticed a growing tendency towards ‘exuberant’ lighting. According to surveys, some Dutch people apparently consume two thirds of the electricity they use for lighting throughout the year over the course of three weeks in December.

In 2018, around 16 billion lights will bring festive joy to German households both within their four walls and outside – not taking the lights in public squares and Christmas markets into account. These figures were determined within the scope of a survey conducted by the market research institute YouGov on behalf of the energy supplier Lichtblick.

On the upside, according to the survey, 72 percent of the lamps are energy-saving LEDs. But that would still mean that Christmas home lighting this year consumes around 600 million kilowatt hours of electricity. The total cost: around 180 million euros. The same amount of energy would be enough to supply around 200,000 households with electricity for a whole year.

These figures are probably peanuts in comparison to the US, the home of electric Christmas lights. The Gay family from New York alone illuminate their home with 601,736 lights. The Guinness Book of World Records deems this a world record as no other home in the world has more lights inside and in the front garden.

It is entirely possible that the Gay family could also be setting a world record in terms of private electricity consumption, but no information is available on the matter. Although in most households, lighting is not the key cost driver, thanks in part to LEDs.

Some experts assume that only about ten percent of Christmas electricity is used for lamps. Electronic devices play a much bigger part: Hi-fi systems, game consoles and televisions blare and flicker around the clock in many family homes. But the by far most ravenous power guzzler is the electric oven.

While cookie baking is a pastime which families indulge in over the whole festive season, some electricity suppliers speak of the ‘Roast Goose Peak’ which occurs on December 25. According to calculations by the Federal Association of Energy and Water Management (BDEW), private electricity consumption in Germany reaches around 480 million kilowatt hours on Christmas Day – a quarter more than on normal winter days. 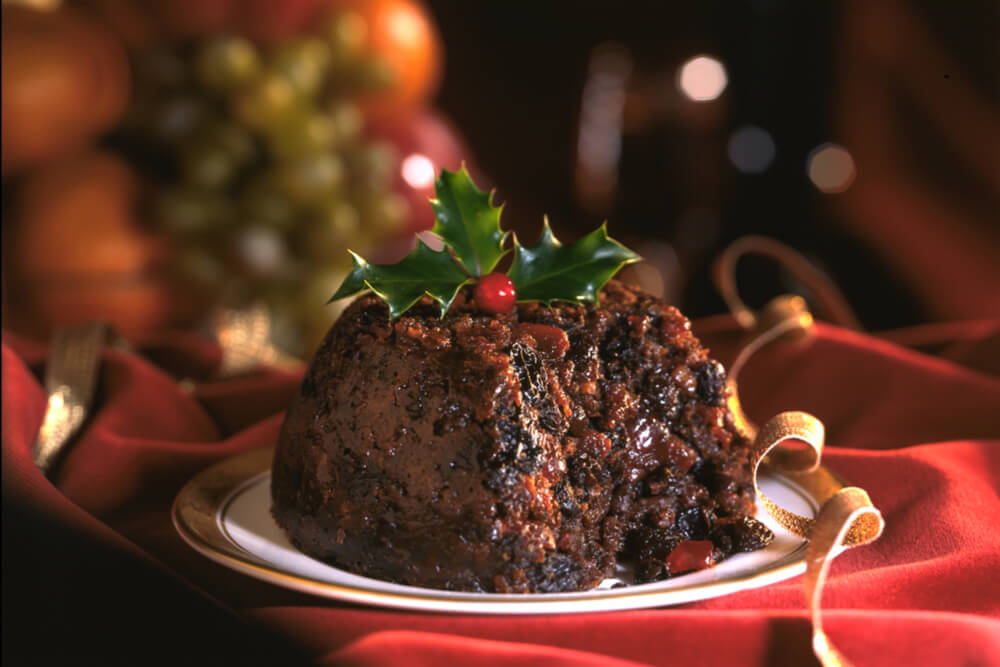 The Christmas goose is to the Germans, what the turkey is to the British. And after it’s been devoured, the dessert, by way of Christmas pudding, has to be baked in the oven for three hours. Although this may then satisfy the sweet tooth, it certainly does no favours when it comes to the electricity bill. That reads more like a kick in the teeth: For the Christmas menu alone, the British ‘fritter’ away 1.5 times as much electricity as they would consume over the course of a normal day.

In the Netherlands, coincidentally, the consumption spikes in Advent are somewhat different. Classically, the big celebration in honour of Sinterklaas, Saint Nicholas, takes place from 5 to 6 December. But for some years now, Christmas Eve has also been considered a family celebration there.

The family members all roll up their sleeves and help make the food, but this doesn’t necessarily do any good for the electricity bill. Fondue and gourmetten – the Dutch version of raclette – are both popular. Electrically operated fondue sets and raclette grills with their 1,500 watts may only have half the rated output of an oven but have to be reheated constantly as the heat is emitted in all directions.

Despite all of the above, it should be noted that the overall energy consumption is below average, even on Christmas Day. As is the case on other holidays, factories are shut, offices are neither lit nor heated, and there is less traffic on the streets.

In the UK, for example, the peak load of the electricity grid on 25 December 2014 was a solid 20 percent lower than on the last working day of the year, six days earlier. In France, the difference in that same year was ten percent.

Over the last few years, peak loads in Germany have fallen by 20 percent between the last working days before the festivities and Christmas Day. The difference is even greater when it comes to electricity consumption: Even on the bank holidays, it is easily 30 percent less than on a working day.