The Upper Rhine Valley extends some 300 kilometres from Basle, Switzerland, to Frankfurt am Main, Germany, growing to a maximum width of 40 kilometres along the way. The region’s unique tectonic constellation lends itself well to geothermal applications. Several projects on both sides of the border, which have become commercial since inception, extract hot water from depths of up to 7,000 metres to generate electricity and provide heating.

The Karlsruhe Institute of Technology (KIT) (link in German) discovered that besides its unusually high temperature, this thermal water contains substantial amounts of lithium. The objective now is to mine this valuable resource at the site in Bruchsal, which is located near Karlsruhe. Says Project Director Jochen Kolb in response to an inquiry from en:former, “We launched the research project and are planning a pilot plant.”

If work proceeds on schedule, the facility could largely be installed by the end of 2021. It will extract lithium from water in the geothermal plant to produce energy. “At the same time, laboratory experiments will continue to improve data quality and conduct tests to scale up the plant,” says Kolb. Based on current knowledge, annual lithium production will total several hundred metric tons – enough to equip approximately 20,000 EVs with batteries.

Scientists intend to fish lithium out of the sea Read more

This would be remarkable as far as research projects go. In light of the enormous demand for this resource, however, it would be no more than a proverbial drop in the ocean. According to Ingenieur.de there are six major battery storage production sites in Europe, and current plans have this figure rising to 21 in the next few years. Nine of the large-scale factories are slated for construction in Germany. These facilities alone should be able to produce several hundred thousand EV batteries every year. And battery manufacturers are not the only companies in need of lithium.

The thermal water reserves of the Upper Rhine Valley could help meet the substantial need for lithium – especially since experts assume that mining conditions in several localities may prove less costly than in Bruchsal. Australian-German Vulcan Energy has explored the Upper Rhine Valley’s lithium reserves more in depth and intends to mine the resource on an industrial scale. Vulcan Energy claims it already possesses exploration permits for an area containing 1.12 million metric tons of lithium carbonate equivalent (LCE), the standard unit of measurement for tradable lithium.

The reserves, i.e. the deposits qualifying for economically feasible mining using current methods in this area, would translate into roughly 210,000 metric tons of pure lithium. According to Vulcan Energy estimates, total resources in the Upper Rhine Valley amount to nearly three million metric tons. Based on company information, this would suffice to produce batteries to power 400 million EVs.

Michael Schmidt, a lithium expert at the German Raw Materials Agency DERA, states that it has been impossible to quantify the resources precisely so far. He claims that if Vulcan Energy’s data is accurate, the Upper Rhine Valley would rank among Europe’s top three sources of lithium, alongside the Ore Mountains on the German-Czech border and reserves in Serbia.

However, the DERA expert utters words of caution: “Local deposits alone will be unable to meet demand in Germany, let alone Europe,” Schmidt says, adding that the need for lithium in Germany will increase from a few hundred metric tons per annum at present to over 150,000 metric tons of LCE by 2030. Demand throughout Europe is twice as high.

According to calculations by experts at Vulcan Energy, by the end of the decade, pan-European demand may actually exceed 350,000 LCE per year. Based on the company’s plans, it could cover one-tenth of the volume from 2025 onwards. Schmidt is convinced that European battery production will thus not be able to do without imports – even taking into account potential mining in the Ore Mountains and in Serbia, which does not belong to the EU. But Schmidt believes that “nevertheless, it would be prudent for Germany and Europe to at least reduce their dependency on imports along the battery industry’s entire value chain.”

Is Europe being short-changed?

Australia currently occupies the throne among lithium suppliers, owning about 60 percent of the world market in 2019. Runner-up was Chile, with the world’s biggest known reserves of eight million metric tons of pure lithium (approximately 42 million metric tons of LCE), followed by China and Argentina. Combined, these four countries account for over 95 percent of global production.

They are all considered reliable trading partners, but industry pundits are already issuing warnings of potential scarcity. In an interview with German magazine Stern (link in German), Rock Tech Lithium CEO Dirk Habecke says that Europe could be especially hard hit by shortages on the world market because other major buyers – above all China – have already secured supplies via long-term agreements. The German-Canadian company seeks to build Europe’s first lithium converter for processing transportable lithium carbonate to lithium hydroxide, which is used to manufacture batteries. However, other factors favour mining in Europe, especially in the Upper Rhine Valley.

Brine is dried in the Atacama salt desert in Chile in order to enable lithium extraction. This robs plants and people of the evaporating water.

The processing plant of the Mt. Cattlin lithium mine in Ravensthorpe, western Australia. Through mechanical processing lithium is refined to lithium-spodumene concentrate.

Brine is dried in the Atacama salt desert in Chile in order to enable lithium extraction. This robs plants and people of the evaporating water. 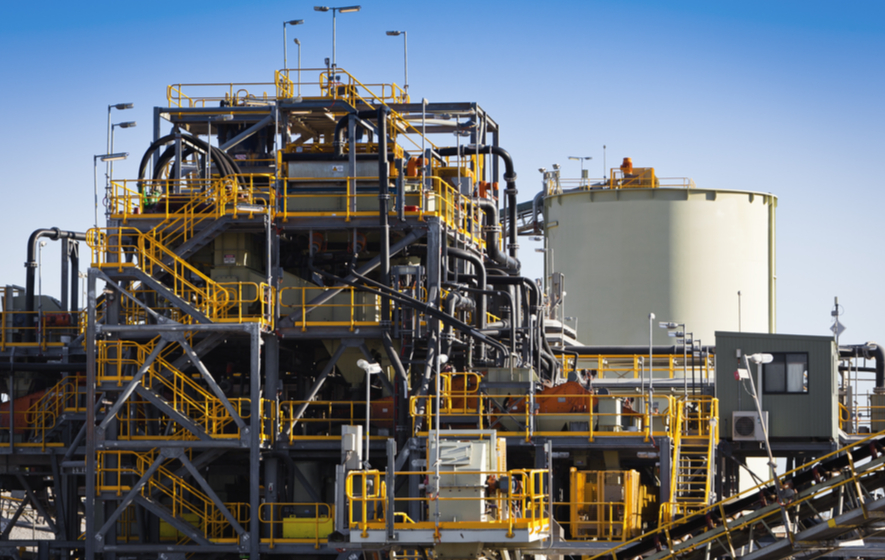 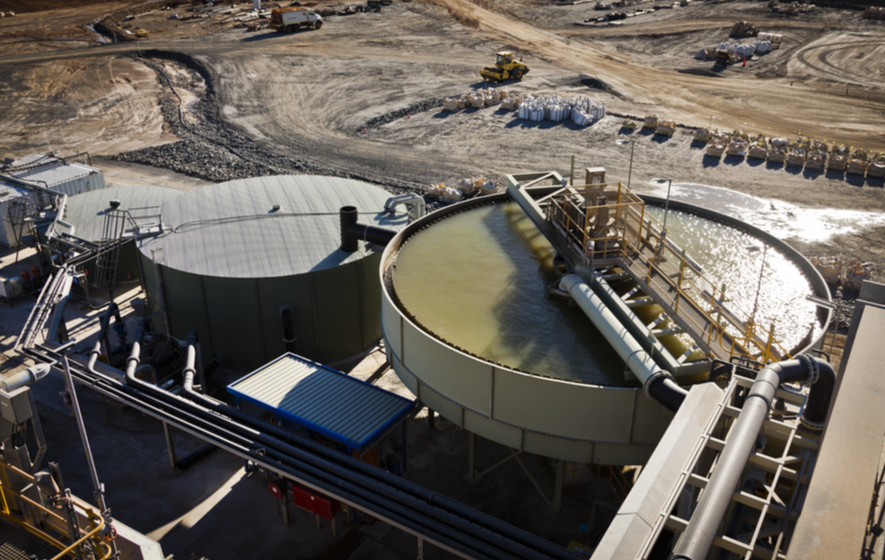 The processing plant of the Mt. Cattlin lithium mine in Ravensthorpe, western Australia. Through mechanical processing lithium is refined to lithium-spodumene concentrate.

Conventional lithium extraction has suffered criticism for causing environmental and socio-economic damage. Such mining operations in Australia and China produce substantial carbon dioxide emissions. Extraction activities in South America exacerbate the already dire water shortage in the catchment areas of local deposits – with horrific consequences for both nature and residents.

Conversely, lithium could be mined in the Upper Rhine Valley with little effect on the environment and low greenhouse gas emissions, as proclaimed by researchers from KIT and Vulcan Energy. As before, the heating energy of the extracted thermal water would be used for geothermal applications and replace fossil fuels. Lithium would be withdrawn from it before the water was returned to its subterranean reservoir. The pioneers declare that this cycle consumes very little energy and water.

Based on figures from the founders of Vulcan Energy, besides providing environmental benefits, the combination of lithium extraction and geothermal energy turns both these technologies into a profitable business model. In fact, Vulcan Energy’s calculations show that this tandem should be able to compete with existing suppliers on the European market on cost. If overseas transport emissions are priced, for instance, this would lead to an added cost advantage, en:former learned from a company spokesperson.

This development already resonates well with policymakers. According to a Spiegel report, the European Institute of Technology EIT is funding the undertaking with a six-digit subsidy. Germany’s government and Lower House of Parliament paved the way in a committee session in early May by amending the German Mining Act to include provisions for extracting lithium from thermal water, thus providing investors with legal certainty.