Geothermal energy has the potential to make a major contribution to the energy transition in many countries. Nevertheless, this technology has been placed on the back burner in Germany. Seeking to tap into this potential, the Fraunhofer Institute of Energy Infrastructure and Geothermal Energy (IEG) is setting up a research centre at RWE’s Weisweiler site near Aachen. The objective is to explore local resources and develop techniques to use them. en:former spoke with IEG Director Rolf Bracke about the potential harboured by geothermal energy, its fields of application, and geothermal exploration in the Rhenish lignite mining region. 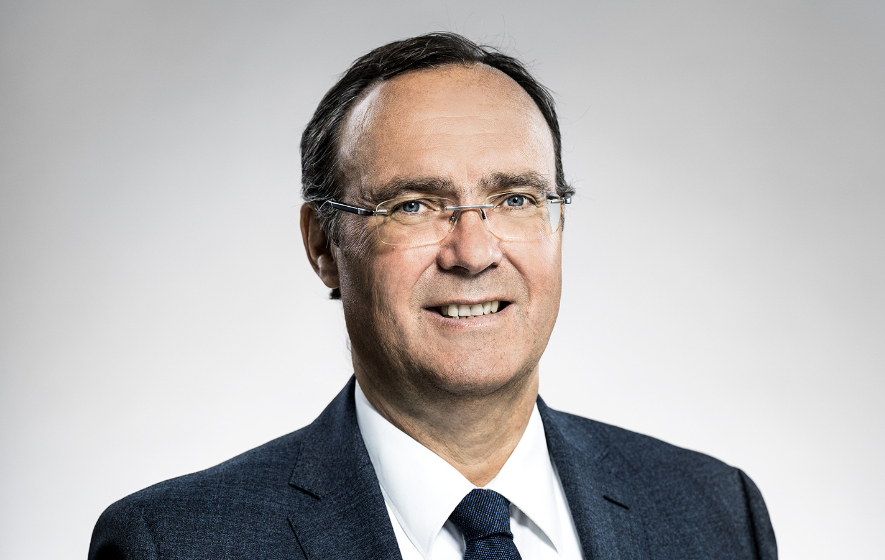 Mr. Bracke, what exactly do you intend to research in Weisweiler?

We would like to build a technical centre and a research power plant for georesources in Weisweiler to harness subterranean heat for all sorts of technical purposes: district heating, process heat, power production and refrigeration processes.

What sets the Rhenish lignite mining region apart from others as a location for deep geothermal energy?

We believe that a geological layer of the Earth can be found beneath the lignite, where natural thermal water reservoirs are located. They surface here and there, for example in the hot springs of Aachen and Burtscheid, in the Eifel and beyond the border to Belgium, in Spa. These layers are much farther below the Earth’s crust in the rest of the Rhenish coal mining region that extends through to the Dutch border. The first step currently involves exploring and proving the depths and dimensions of these strata.

The second step will entail drilling down to these reserves and doing the preparatory work for technical usage. Should the thermal water actually be available in the requisite quantities and at the desired temperatures, utilities such as RWE and STAWAG could use this energy, for example to supply heat to the Aachen-Düren-Jülich tri-city area.

What temperatures are you hoping for?

Various geological models have sandstone containing thermal water at depths of between 2,500 and 4,500 metres. Assuming temperature increases of 3 to 3.5 degrees every 100 metres towards the core of the Earth, we expect to see temperatures of around 150 degrees 4,000 metres below the surface.

The heat beneath our feet Read more

How could the heat be put to use?

Conceivable applications are municipal, residential, commercial and industrial heat supply. If the 140 degrees prove accurate, the heat could be fed into the municipal heating network, for instance into the Aachen district heating system. High-temperature heat pumps could enable the generation of process heat or process steam for industrial purposes at temperatures running up to about 200 degrees. There is a large amount of heat-intensive business in the Rhenish mining region: Düren’s paper industry, Greater Jülich’s sugar producers and metalworking plants. One could even employ low-temperature methods such as ORC processes to generate electricity.

Could you give us a brief explanation of what ORC means?

ORC stands for Organic Rankine Cycle, a process in which thermal energy is transferred via heat exchangers from thermal water to a cycle within a power plant. This cycle receives a medium which evaporates at a much lower temperature than water. This medium is usually an organic liquid such as pentane, which is used in refrigerators. If one were to heat such a medium to 140 degrees with thermal water, the steam generated as a result could be used to drive a turbine and generate electricity. 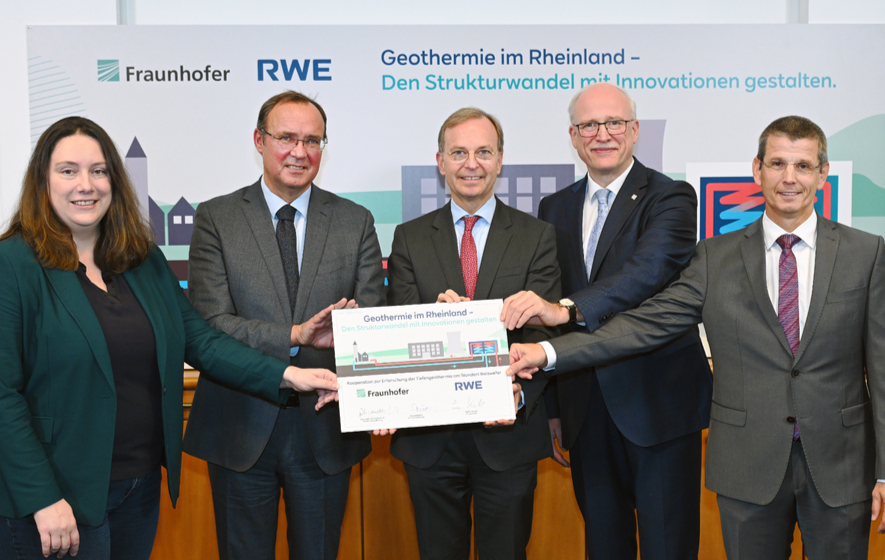 Electricity from geothermal energy is considered to be suitable for use as base-load power, meaning it can be supplied and withheld as needed. Would geothermal energy be flexible enough to act as a meaningful supplement to wind and solar power?

It is a conceivable way of producing electricity, but it isn’t a competitive option right now. This could change depending on how the electricity market develops. At present, however, we expect geothermal energy to be largely used on the heating market. This is the concept heat utilities in the Munich environs have been applying with commercial success. According to a study by the Institute for Energy and Environmental Research, with geothermal energy, heat generation costs amount to some 40 cents per megawatt hour, which come close to those of fossil fuel-fired power stations, which stand at 30 cents. The main advantage of geothermal energy, which makes it future-proof, is that its cost does not depend on commodity prices or CO2 certificates and largely consists of investment and technology outlays. And this expenditure will drop once the technology arrives on the mass market.

However, we want to be prepared in the electricity business as well, given that this is an interesting sector for Germany’s export-oriented economy. After all, outside of Central Europe, e.g. in Turkey and Central America, one does not have to drill as deep to tap into geothermal resources, enabling electricity to be produced fairly profitably.

You mentioned Upper Bavaria where geothermal energy is already being used to supply both electricity and heat in the vicinity of Munich. Couldn’t one do this just as easily in Weisweiler?

The geological situation in Upper Bavaria is similar to that in the Rhenish mining region. This means that we can work with similar well-based systems. However, this region has a 20-year head-start due to its history of geothermal exploration and the oil and gas industry existing in the alpine upland. Our advantage is that roughly half of the systems installed in geothermal combined heat and power stations come from North Rhine-Westphalia. In other words, the know-how is already there. Therefore, we believe that Weisweiler lends itself to creating a development platform for geothermal resources including a test and training environment and expanding the existing expertise. After all, we are speaking of ten to fifteen jobs for every megawatt hour of installed geothermal capacity which would be necessary along an export-oriented value-added chain extending from research to operation.

Therefore, if geothermal energy is to make a significant contribution to the heat transition, we would need a large number of skilled workers to tap into the resources as well as build, maintain and operate the corresponding assets the world over.

Geothermal energy: Power from the depths below Read more

How much potential does geothermal energy have in Germany?

Germany’s annual demand for final energy totals about 2,500 terawatt hours (TWh), of which 1,400 TWh are thermal energy. The country’s environmental agency established in a 2020 report that southern and northern Germany have a combined annual geothermal potential of nearly 200 TWh for district heating alone. Including the Rhine-Ruhr region and industrial process heat, the figure rises to approximately 300 TWh per year. Based on potential surface geothermal energy, which is especially well suited for direct building heat supply, the amount of usable geothermal energy ranges between 300 and 500 TWh. I would thus be so bold as to claim that we could meet far more than 20 percent of Germany’s demand for heat using geothermal energy.

So what’s next at Weisweiler?

In the summer of 2022, we will kick things off with a 1,500 wildcat, which we will use as a basis for building a geospherical observatory. This will help us gain a better understanding of the subterranean processes in the Rhenish mining region. During the 2022/23 winter season, we also want to sound the bedrock to depths of up to 5,000 metres using geophysical techniques in order to identify the location of water-bearing formations and document them three-dimensionally.

Assuming favourable exploratory findings, we intend to start drilling production wells by 2025. Depending on the depth of the thermal water, we may go down to about 4,000 metres. Then, if we can prove that the reservoirs are suitable for geothermal applications, it will be up to business partners such as RWE to expand the system so that at least one borehole can be used to extract hot water and another one can be used to recycle it. This time should also be used to make the hot water usable by building structures above ground that transmit the energy it contains to surface systems via heat exchangers. This could culminate in a geothermal combined heat and power plant in Weisweiler by 2027.

So when will the first home in the Rhenish mining region be heated using geothermal energy?

In the end, this will depend on the investment decisions made by the utilities. We aim to provide them with the scientific data and technical means enabling them to get started in the last third of the decade. Then, once the lignite-fired power station in Weisweiler is shut down, the existing district heat pipelines to Aachen, Jülich and other locations could be repurposed for geothermal energy fairly quickly.