A total of 22,893 installed wind turbines from 33 manufacturers with a combined capacity of 63 gigawatts (GW) – these are the new record figures posted by the global wind industry for 2019 published in this year’s report by Wood Mackenzie Power & Renewables. The new arm of the consulting firm specialising in power and natural resources, Power & Renewables, offers its research and consulting services to assist in the transformation of the world energy landscape. Of notable mention is the rising number of wind turbines from a mere handful of producers. The world’s premier manufacturers have increased their share of the market considerably.

Commanding 18 percent of the market, wind turbine manufacturer Vestas retains its world-leading position. The Danes set a new record, becoming the first company to have installed over 10 GW of wind capacity in a single year. The 11.5 GW installed in 35 countries represented an increase of 1.5 GW compared to 2018. Second and third spot went to German/Spanish Gamesa and Chinese Goldwind, accounting for shares of 15.7 and 13.2 percent, respectively.

“The top five turbine OEMs – Vestas, SGRE, GE, Goldwind and Envision – increased their combined market share by ten percent from two years ago, capturing 68 percent of global capacity,” says Shashi Barla, the main author of the Wood Mackenzie study, in an interview with en:former. The principal analyst expects this development to continue, predicting that “in the next five years, the share of the global market owned by the big five will probably rise to 75 percent.”

According to the study, this primarily applies to the European market, which Barla states is undergoing consolidation due to mergers and acquisitions. Companies the likes of Siemens Gamesa and GE, which have a large footprint in Europe, are benefitting from major financial support from their parents and an extremely cost-efficient supply chain.

Market leader Vestas’ vast scale and deep pockets allow the company to step up R&D spending on turbine technology. “Altogether, this leads to the market dominance which the Europeans currently have and which they are extremely likely to increase,” the principal analyst declares.

Shashi Barla is a principal analyst in the Power & Renewables division at Wood Mackenzie. 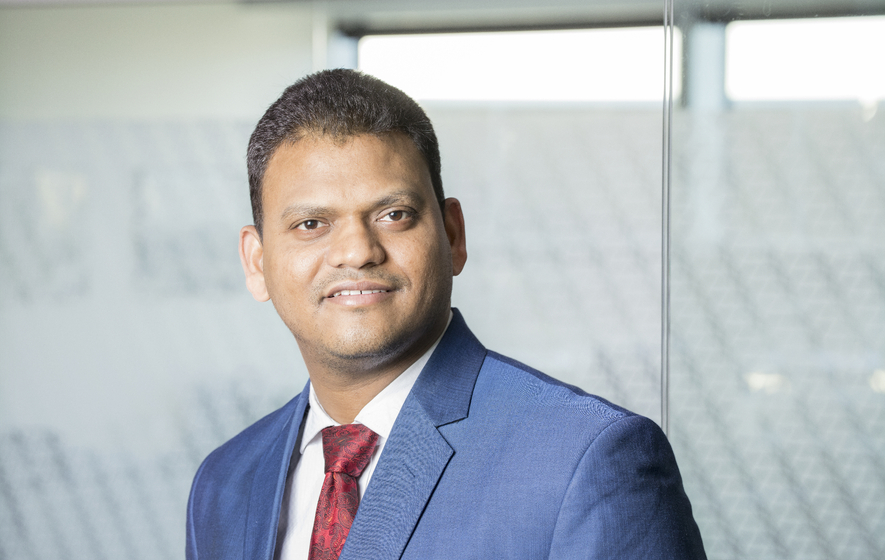 Shashi Barla is a principal analyst in the Power & Renewables division at Wood Mackenzie.

The situation on the Asian market is more complicated. Unrelenting substantial demand for energy keeps both China and India in a strong position. Although China has a fairly large share of the market of 40 percent, a host of regional companies are state-owned, and the extremely strict M&A regulations render it difficult for Chinese companies to compete with European manufacturers.

Beyond Chinese borders in Asia, it is above all ambitious projects in Taiwan, Japan and South Korea that are making a name for themselves. According to Shashi Barla, 15 GW of new capacity is set to be installed in Taiwan by 2035, with Siemens Gamesa planning to complete a 450-megawatt project in Japan by 2024. The South Korean market is also becoming increasingly appealing. Following years of difficulty, the political and economic setting now allows the country to install 1 GW of capacity in the next ten years.

Consequences of the corona pandemic

However, according to the expert, virtually all of the planned wind energy projects have to contend with the fallout of the corona crisis – at least over the short term. ” Major problems will arise especially in onshore wind,” Barla warns. He attests this predominantly to the vastly shortened construction and development process, which now lasts just 12 to 18 months, as opposed to offshore projects, which have an average construction period of up to four years, and thus remain largely unaffected by the ramifications of the global crisis.

The wind harnessers Read more
Scrapped: how does one dispose of 42,000 rotor blades? Read more