Road traffic is to become more electric in order to help reduce emissions. However, the electricity must come from batteries as well as from fuel cells , as they are able to convert certain gases or liquids directly into electricity. The main advantage here is this technology does away with tedious charging times, as the fuel (for cars this is almost only ever hydrogen) can be tanked in no time at all, similarly to petrol and gas.

The Bosch technology group has forecast that by 2030 up to 20 percent of all electric vehicles will be equipped with this kind of engine. This is precisely why, according to Stuttgart headquarters, the company now intends to invest in the further development and production of fuel cells for cars and trucks. The company has joined forces with Swedish manufacturer Powercell for this very purpose. In addition to safety and assistance systems and various combustion engine parts, Bosch already manufactures components for fuel cells.

Read here, how e-trucks affect the mobility of the future Read more

However, the company doesn’t want to simply accelerate the production of vehicle engines. Back in mid-2018, Bosch also partnered with the British manufacturer Ceres Power to produce stationary fuel cells.

Fuel cells as building blocks for the energy transition

In comparison to other power generation technologies, fuel cells are very efficient. They convert around 60 percent of the energy contained in the fuel into electricity, which also generates heat.

As such, fuel cells are not only used for road traffic and trains but also for stationary operations – i.e. as distributed generators in commercial and residential buildings. If the warmth is also used for heating, then this in turn increases efficiency significantly. As with combustion engines, but contrary to battery-powerd vehicles, heating fuel cell cars doesn’t reduce range. 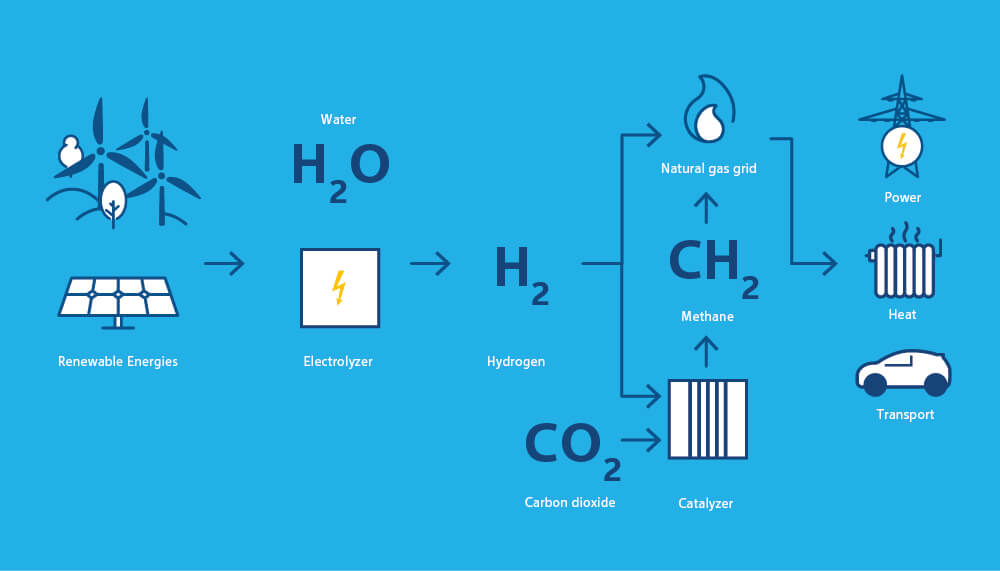 Powering fuel cells with hydrogen creates zero emissions: The fuel, H2, oxidises with the oxygen (O2), contained in the air, to H2O, pure water, which is mostly emitted as steam. No other exhaust gases are produced. If the hydrogen is produced with electricity from renewables, then operating the vehicle is also climate-neutral.

There is, however, one disadvantage: The electrolysis used to produce hydrogen, is very energy intensive and thus expensive. Nevertheless, Bosch is not the only company to see the fuel cell as an integral part of the energy transition.