Big ground-mounted PV systems are known to need a lot of space. According to a current analysis by the Fraunhofer Institute for Solar Energy Systems (ISE) this requirement totals about 1.4 hectars per megawatt hour (MW). A precondition for hitting climate targets, however, is a massive expansion of solar energy. This will take up a substantial amount of surface area. One solution to this dilemma is to make dual use of space by employing innovative, integrated systems. For instance, solar modules can be mounted on rooftops, noise abatement walls or above fields.

The last option in the list harbours the greatest potential: 16.7 percent of Germany’s total surface area is under agricultural use. Arithmetically, covering nationwide demand would require a mere four percent of it to be used to generate electricity. Various techniques already enable ‘agrivoltaics,’ the technical term for the coexistence of agriculture and power production from the sun on one and the same field. In our Solar Series, we shed the limelight on bifacial modules with PV cells on both their front and back sides as well as the glass tubes made by TubeSolar. This removes all technical obstacles to the double use of space. But engineers and operators still have to take some hurdles when it comes to implementing such techniques. This is why Fraunhofer ISE recently published guidlines, which provide practical solutions.

“When we began our research programme a couple of years ago, we were focussed on feasibility. But we’ve since advanced far beyond that point. We demonstrated in pilot projects that agrivoltaic systems can have a positive effect on yield. The task at hand now is to ensure that the technology continues to be accepted and to lay the groundwork for straightforward project implementation,” says Max Trommsdorff, Group Leader Agrivoltaics at Fraunhofer ISE and author of the guidelines Agrivoltaics: An Opportunity for Agriculture and the Energy Transition (in German).

Max Trommsdorff is Group Leader Agri-Photovoltaics at Fraunhofer ISE and author of the new guide. 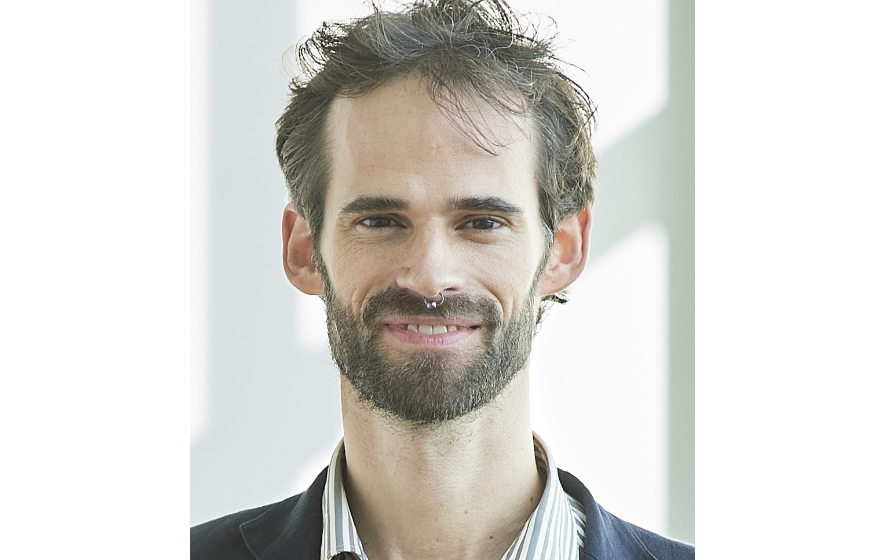 Max Trommsdorff is Group Leader Agri-Photovoltaics at Fraunhofer ISE and author of the new guide.

To ensure that agricultural operations can optimally attend to the fields and solar farms, the solar modules must be mounted high enough in order to allow agricultural machinery to be operated below them. In addition, the installations can be adapted to the crops. For example, the orientation of the modules and the spacing between them greatly influence shade and irrigation.

“In addition to technical factors, changes in weather conditions also impact the systems. During the heat wave in the summer of 2018, for example, we improved the yield of a potato harvest by eleven percent in a pilot project in the state of Baden-Württemberg. Thanks to dual usage, area use efficiency rose to a whopping 186 percent. This demonstrates that we can expand solar power in a very space-saving manner. This also helps achieve climate goals,” says Trommsdorff. Despite these benefits, agrivoltaics are hardly worthwhile for operators – farmers for the most part. Only rarely do they receive agricultural subsidies from the EU for fields with PV systems, as only areas solely dedicated to agricultural purposes qualify for such funding. On top of that, by and large the solar power generated is unlikely to be eligible for a feed-in tariff under the German Renewable Energy Act (REA). This double downside currently poses a roadblock to the comercial breakthrough of this technology in Germany.

This is set to change as a result of the REA reform introduced at the end of 2020, which now considers agri-PV. It envisages subsidies starting in 2020, subject to certain conditions. Self use of generated electricity does not qualify, and projects must compete with floating PV systems and PV parking lot roofing in tender rounds. This leaves it open which of the three plant types wins the auction. And it is not always easy to obtain the requisite construction permit. Farmers have to prove that they use a large share of the energy themselves, but large scale systems easily produce a multiple of the electricity needed by an agricultural operation.

Given that the topic is so multifacetted, the Fraunhofer researchers under the lead of Max Trommsdorff take a holistic approach to their work. This is also reflected in the guidelines, which contain examples of best practice, background information for operators on technical and legal issues as well as solutions to which political decision-makers can refer. Moroever, the authors have included recommended action in this regard. Among the proposals is the introduction of the ‘special agrivoltaic areas’ category in the Federal Land Utilisation Ordinance in order to remove any uncertainty when planning construction projects. In view of the lack of subsidies, the authors recommend that federal, state and municipal administrations establish a ‘100 field programme.’ Similar to the 1,000 Roof Programme which spurred the development of rooftop PV systems, this could be a real boon to agri-PV.

“Dialogue is another important task for us. We want to include the farmers and advertise dual space usage. To this end, one of the stakeholders with which we are in close contact is the German Farmers’ Association,” the group leader says. The scientists want to disseminate information on the advantages of the technology and its significance for the energy transition to raise interest for the issue. Furthermore, they consider themselves to be the point of contact for agricultural operations seeking to build solar farms on their fields. “We’re still at the very beginning, but the development is promising. We have to use all the tools at our disposal to enable the energy transition. We have high hopes for agri-PV in view of the huge dormant potential of available space,” says Trommsdorff.