Electric vehicles (EVs) are becoming increasingly popular in Europe. In the second quarter of 2021, 7.5 percent of all new vehicle registrations in Europe were for EVs. A year before, the quota was less than half, coming in at 3.5 percent. These are the current numbers published by the European Automobile Manufacturers Association (ACEA). However, European production remains strongly dependent on imports. Lithium, the natural resource essential to battery manufacturing, is conditioned and processed into battery cells almost only in China.

This could change once the first lithium factory in Europe has been built. Planned by Canada-based Rock Tech Lithium Inc., the construction project aims to set new sustainability standards. The company claims that it will be the first lithium hydroxide converter of its kind.

With operations in both Germany and Canada, the company’s goal is to supply the automotive industry with lithium hydroxide in about two years. This substance is required to manufacture EV batteries, for which it is conditioned and finished in converters. A fair share of the lithium needed is to be sourced from Georgia Lake in Canada. Rock Tech envisages establishing five sites in Germany, Eastern Europe and perhaps also in Canada. Company headquarters are located in Vancouver.

The converter’s envisaged site is in Guben, Brandenburg, and commissioning is slated for as early as 2024. The company announced the construction project in October 2021, for which it has reserved twelve hectares of land in the Guben South industrial area. According to Rock Tech, the decision in favour of Brandenburg was spawned above all by the good infrastructure already in place and the connection to the railway system. So far, the first partial permit has been obtained, with two additional approvals to follow before the end of the year. 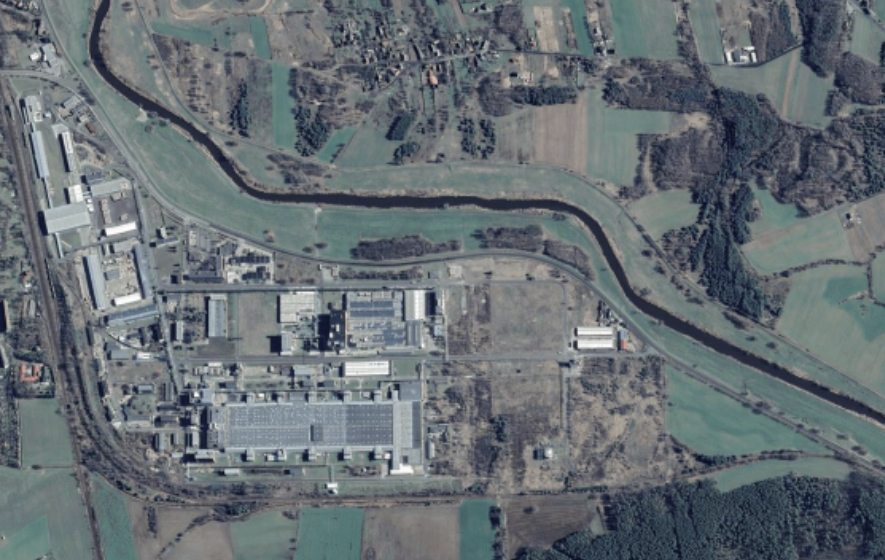 Rock Tech states that the construction project will draw a total investment of approximately 500 million euros. An initial lifetime of 25 years and a workforce of 160 are projected. On completion, annual production is expected to total 24,000 metric tons, enough lithium hydroxide to power 500,000 EVs in Europe. Jörg Steinbach, Brandenburg State Minister for Economic Affairs, Employment and Energy, feels the construction of the converter is important for both Brandenburg and Europe:

With Rock Tech Lithium, we are strengthening our position as a future EV hub in Europe. In the future, Brandenburg will be home to the entire value-added chain, from raw material processing and battery and cell production to EV manufacturing and battery recycling. Jörg Steinbach, Brandenburg State Minister for Economic Affairs, Employment and Energy

Scientists intend to fish lithium out of the sea Read more

Engine of the mobility and energy transition

The amount of lithium hydroxide produced by the converter would be quite important to Europe, given the ever-increasing demand for the raw material. According to the European Commission, the amount of lithium needed to manufacture EV batteries will rise to over 700 kilotonnes by 2030 – more than twice the current market volume. By 2050, demand may well have ballooned 60-fold. The Commission claims that it is thus all the more important for Europe to ensure security of supply, as this would make the energy and mobility transition in the EU more autonomous.

First converter of its kind in the world

But can the planned Guben facility do more than reduce dependence on imports by covering the entire value-added chain? Rock Tech underscores that sustainability and environmental compatibility took centre stage from the word go. The company intends to run the plant on renewable energy.

The company further states that, in addition, one of the main objectives is to establish a closed market cycle, as lithium is becoming an increasingly scarce commodity. This is why Rock Tech wants to integrate lithium recycling in the value-added chain. The concept involves reconditioning the lithium once the batteries have reached the end of their service lives and then using the raw material all over again.

According to Rock Tech Inc Spokesperson Wolfgang Böhm, this is the backdrop against which the facility will be constantly refined and upgraded. Another goal is to use about 50 percent recycled raw materials by 2030. This would reduce the need to mine new lithium. By comparison, a paltry one percent of all lithium used worldwide is currently recycled.

Furthermore, the company announced in March 2022 that it will join forces with the Fraunhof Institute for Environmental, Safety and Energy Technology UMSICHT and Circulor Ltd. Rock Tech expects these partners to be of assistance in optimising processes that are already in planning and in reducing energy consumption. Moreover, both lithium and carbon dioxide emissions at Rock Tech will be tracked for Rock Tech from the very beginning of the value chain. By documenting this, the company aims to create transparency. Buyers of the lithium hydroxide will be able to access information on the source and environmental footprint of the commodity – in real time to boot.

Putting by-products to use

However, the process of obtaining lithium hydroxide creates several by-products, which cannot be used unless they are modified. As part of the zero waste strategy devised by Rock Tech in cooperation with the German Lithium Institute ITEL, these are envisaged to be put to use.  According to a technical study conducted by Wave International Pty. for Rock Tech, what is precipitated in the chemical reaction as a by-product in addition to gypsum, sodium sulphate and zero-liquid discharge (ZLD) is mostly aluminium oxide silicate (260,000 metric tons per year). This substance is especially well suited to construction, a sector in which Rock Tech is already looking for potential buyers.

Lithium remains an imported commodity for the time being

Until further notice, the raw material will continue to be imported from Canada and elsewhere. However, resorting to local resources is an option that cannot be ruled out. This is why the company is intent on reducing its environmental footprint as quickly as possible, says Böhm. After all, lithium mining is harmful to the environment. As reported in the en:former, conventional lithium mining produces carbon dioxide emissions and consumes a lot of water. The latter holds true not least for regions which are plagued by water shortage.

Wolfgang Böhm further states that the company is generally interested in drawing on local resources, above all given that several reserves have been discovered in Germany. For instance, as reported by the en:former, the Ore Mountains in Saxony contain an estimated 125,000 metric tons of lithium metal, enough to manufacture several million electric vehicles. In addition, local mining would be permitted pursuant to European regulations and environmental standards. This would result in improved environmental compatibility and increased sustainability. However, mining cannot begin until 2025.