An ever-growing number of floating solar farms is being built in Europe. After all, unused real estate is valuable, and the price of this technology is on the decline. For now, this development has reached its high point. Portugal’s first national floating PV module auction fetched negative bids this past April, breaking the record for the lowest price in this segment. What this means is that the energy companies will actually pay to generate electricity instead of receiving a subsidy.

However, these bids must be viewed against the backdrop of extremely high prices on energy exchanges. For example, the war in Ukraine is driving fossil fuel and electricity prices up to all-time highs. Nevertheless, Portugal has again proven to be hallowed ground for solar power. The country set the record for the lowest price of ground-mounted solar energy back in 2020.

As reported by the en:former, Portugal possesses major potential in the renewables business. The country is investing heavily above all in solar and wind in its quest to become carbon-neutral by 2050. Take solar for example: Whereas the country had just over a gigawatt (GW) of installed capacity by 2020, it is shooting for 9 GW by 2030.

Germany’s RWE recently announced the construction of a 40-megawatt (MW) ground-mounted solar farm on domestic soil. The facility is scheduled to become operational in 2023. The floating solar projects accounting for some 183 MW awarded in April will contribute to the energy transition.

Invitation to tender for plants on seven dammed lakes

November 2021 saw Portugal’s Directorate General for Energy and Geology (DGEG) hold the country’s first floating solar auction. The call for bids was for seven projects with a maximum total capacity of 263 MW, which can be implemented on seven dam reservoirs.

These seven artificial lakes only represent part of Portugal’s hydropower capacity. A total of 17 hydroelectric power stations with an aggregate capacity in excess of 7 GW make up a larger portion of the country’s energy mix especially in the rainy winter months. Three further hydropower plants on the Tamega and Torno rivers are under construction, with completion slated for 2024.

Six of the seven sites won a contract, benefiting four energy companies. Only the location at the Castelo de Bode dam reservoir, for which tenders were invited for projects maxing out at 50 MW, failed to garner a positive result. According to the DGEG, just a single bid was submitted for this lot, without an agreement being reached with the bidder.

The nod for the biggest site, Alqueva, which has a potential capacity of 100 MW, went to a project which, however, ‘merely’ envisages a 70 MW facility. All of the other projects will match the auctioned capacities: Cabril (33 MW), Alto Rabagão (42 MW), Paradela (13 MW), Salamonde (8 MW) and Vilar-Tabuaço (17 MW). As a result, a combined 183 MW were awarded in the tender procedure.

The Alqueva site is the largest awarded floating solar project in the auction.

At the Cabril site, 33 MW of floating solar panels will be installed.

The floating solar project at Alto Rabagão dam is the second largest in the auction with 42 MW. 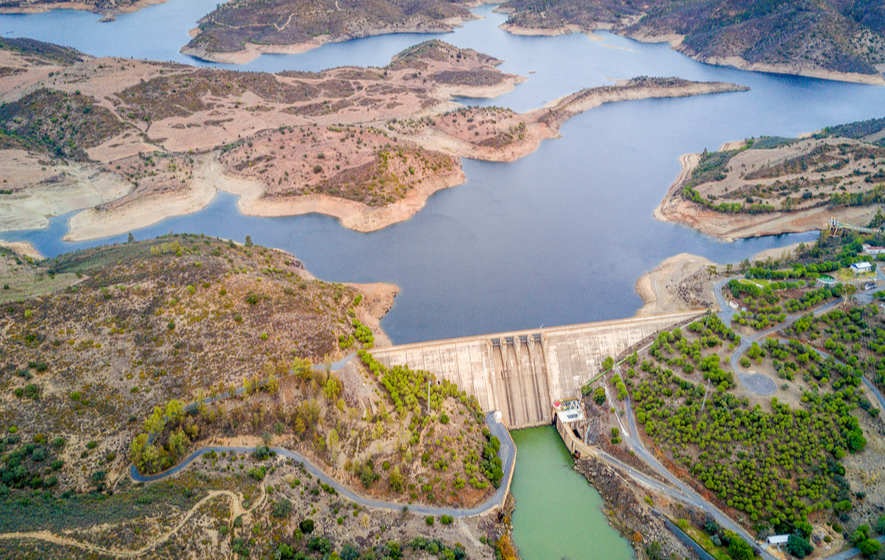 The Alqueva site is the largest awarded floating solar project in the auction. 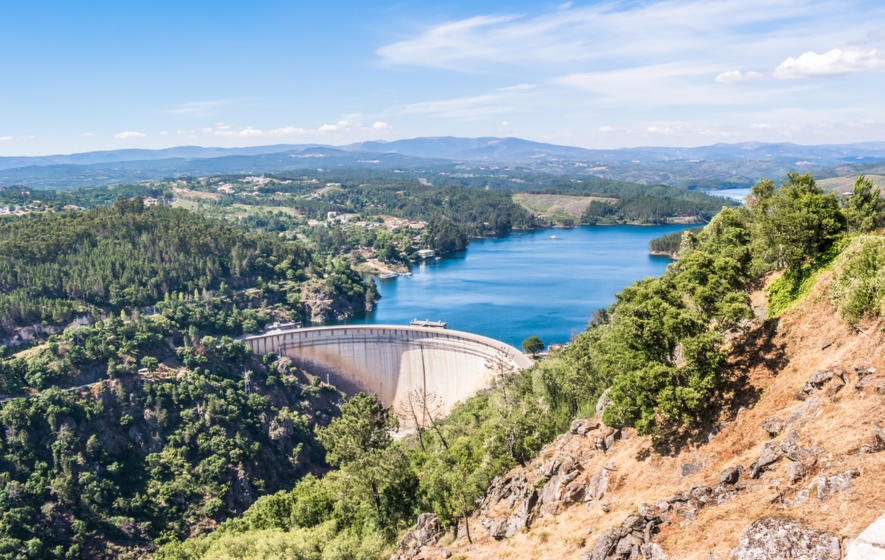 At the Cabril site, 33 MW of floating solar panels will be installed. 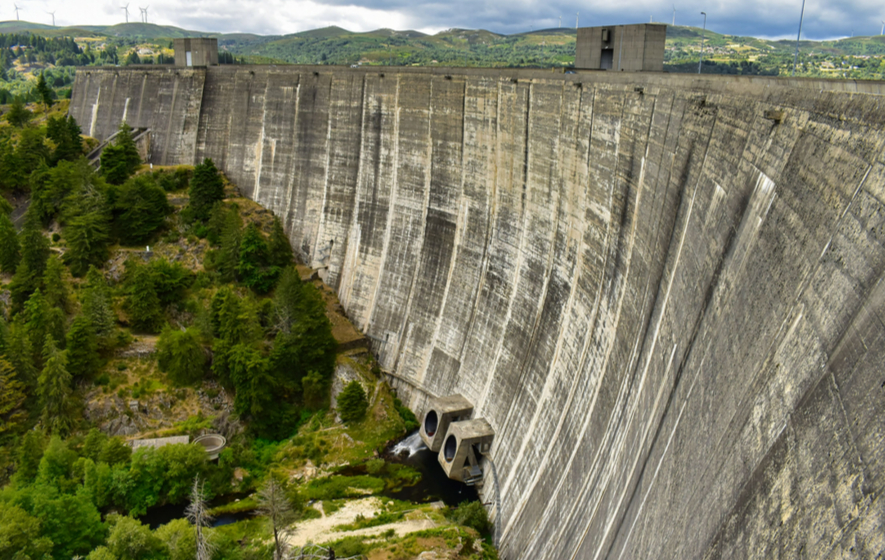 The floating solar project at Alto Rabagão dam is the second largest in the auction with 42 MW.

Two of the auctioned projects were awarded via a 15-year contract for difference (CfD). Energy company EDPR placed a record bid of minus 4.13 euros for Alqueva, the biggest site. A negative tender means that the company will pay about four euros in compensation for every megawatt hour (MWh) its farm generates over the established 15-year period.

The 33 MW project at the Cabril dam reservoir was awarded to France-based Voltalia for a tender offer of 41.03 euros. The plant is scheduled to be commissioned by 2026.

First floating solar plant to start operating as soon as 2023

Most of the other projects were awarded under the national power grid compensatory scheme. Here, the network operator receives a fixed grid connection fee for every MW of power produced by the projects. The average sum per megawatt hour and year is 47,700 euros.

A winner alongside EDPR was Endesa Portugal, landing the third-largest project (42.5 MW), located in Alto Rabagão. The planned floating solar farm is expected to go online as soon as 2023 and by coupled to a wind farm and a battery storage system. Portugal-based Finerge secured three of the auctioned projects: Paradela, Salamonde and Vilar-Tabuaço, with a total installed capacity of 38 MW.

Results of the auction

Another reason why companies are willing to pay to generate electricity besides the high prices on energy exchanges is quite simple: guaranteed grid connections. Low availability as well as complicated and long-winded approval processes in Portugal make it difficult for power generation asset developers to drive their projects. By contrast, in tender rounds such as this one, projects are ensured a fixed grid connection capacity, which is highly sought after.

In most cases, granted network capacity exceeds project capacity. This enables the winning companies to implement additional renewables projects using the same grid connection. For instance, EDPR claims the company is expecting enough grid connection capacity for 154 MW of green energy, only 70 MW of which is covered by the floating solar farm. EDPR intends to use the remaining 84 MW for a hybrid system consisting of 14 MW of PV and 70 MW of wind output.

Another factor that makes the invitations to tender attractive is the period for which the grid connections are guaranteed. Although the auction contracts have a term of 15 years, the DGEG awards the winning companies grid capacities for 30 years. This means that, on completion of the 15-year contractual term, every company has another 15 years to continue generating electricity at normal market conditions.

There is wind in the sails of Scotland’s labour market, as research shows rising renewable energy employment
Read more
2022-11-24

Low gas demand growth does not mean a faster energy transition, according to the International Energy Agency (IEA)
Read more
2022-11-22