In recent years, property prices have only gone in one direction: up. The trend on domestic and foreign real estate markets has long been mirrored by agricultural land, a development that affects the expansion of renewable energy. As the cost of generation assets has dropped considerably in the last few years, the space factor is becoming increasingly important.

en:former has already presented several approaches to using new space for wind and solar farms. However, its is equally important to manage sites as efficiently as possible with a view to ensuring an affordable energy transition.

In past years, the PV sector has accomplished a great deal in this respect. In 2010, monocrystalline solar cells had an efficiency of about 15 percent. Today’s customary rates are between 20 and 22 percent. However, they are on the verge of exhausting their potential. According to US National Renewable Energy Laboratory NREL, the laboratory world record for pure silicon cells (without sunlight concentration) stands at 26.7 percent, with the theoretical maximum based on current knowledge being 29.4 percent.

Researchers from UK-based Oxford PV achieved an efficiency of 29.5 percent in early 2021. The secret weapon well-known among scientists is perovskite. Like silicon, this mineral can be found in the Earth’s crust, but can also be produced artificially. For about six years now, international research teams have been experimenting with perovskite. Rapid progress has given rise to the hope of improving the efficiency of commercial PV modules using perovskite.

What are known as ‘tandem modules’ are considered especially promising. These mate various semiconductor materials with each other. Combining perovskite and silicon wafers has been found to be particularly advantageous, because silicon mostly converts red and infrared sunlight, whereas perovskite can turn longer frequencies of the light spectrum, which inherently contain more energy, into electricity.

Why solar cell production has resumed in Europe Read more

Oxford PV, a leader in perovskite solar technologies for years, recently developed a tandem module ready for mass production, which the company claims is capable of converting at least 26 percent of incident sunlight into electricity.

Oxford PV intends to be the first company in the world to take up commercial production. Since 2017, the perovskite specialist has been operating a small manufacturing plant in Brandenburg an der Havel, at which series production has been tested and optimised on a small scale. The company has enlarged the site, enabling highly efficient solar modules for residential rooftop applications to come off the production line starting in 2022.

“The capacity of Brandenburg is insufficient to address other segments initially. We have plans for a much larger factory with at least 1 GW of capacity and with that facility we could address commercial and utility customers,” Chief Technology Officer Chris Case told en:former.

Series production of the tandem cells is to start at Oxford PV's production facility in Brandenburg an der Havel.

Series production of the tandem cells is to start at Oxford PV's production facility in Brandenburg an der Havel. 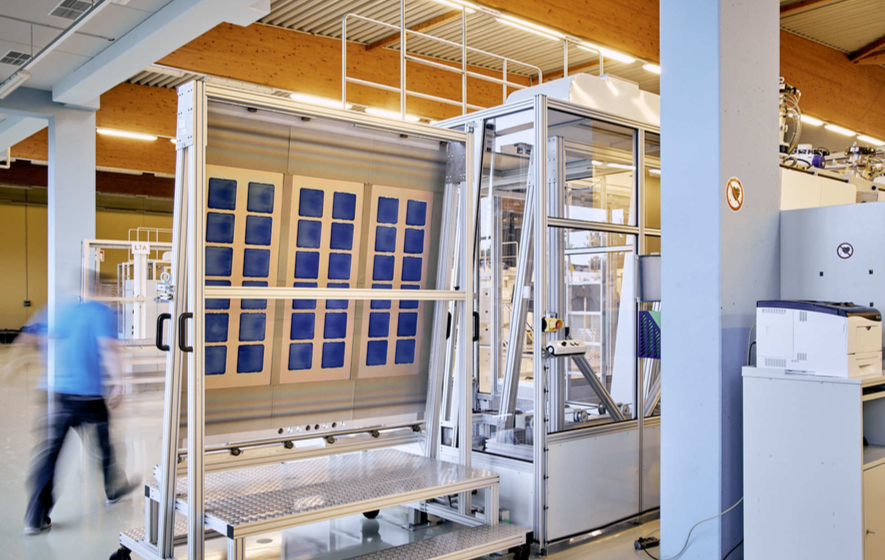 Oxford PV isn’t alone in its conviction that perovskite-silicon tandem modules can make a major contribution to the energy transition: “Their efficiency of 28 percent makes them economically and environmentally superior to pure silicon cells,” declares Jan Christoph Goldschmidt, who researches this technology at the Fraunhofer Institute for Solar Energy Systems (ISE).

He claims that the prospective added cost of manufacture is small. Goldschmidt adds that, nevertheless, the modules have to last about 25 years or more, as “this is important to win over investors and financial backers.”

Perovskite solar cells are being produced in the Fraunhofer ISE laboratory. 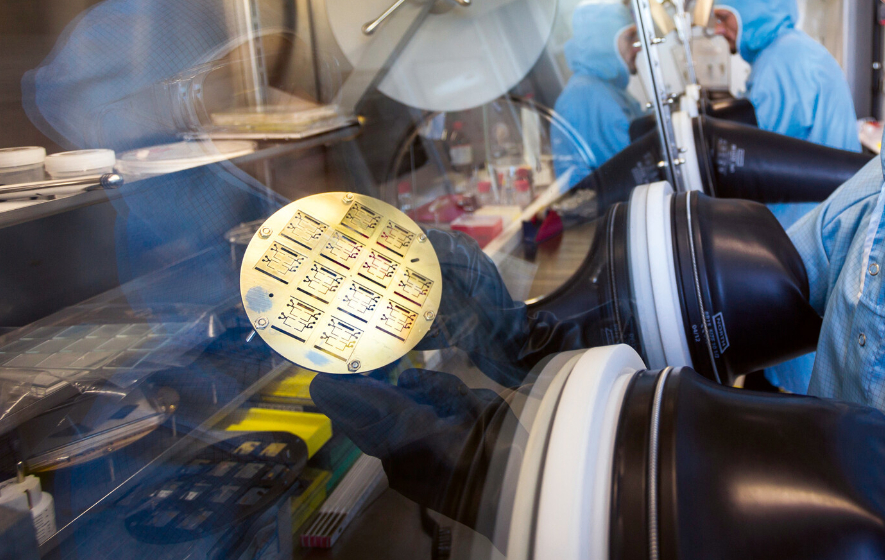 Perovskite solar cells are being produced in the Fraunhofer ISE laboratory. 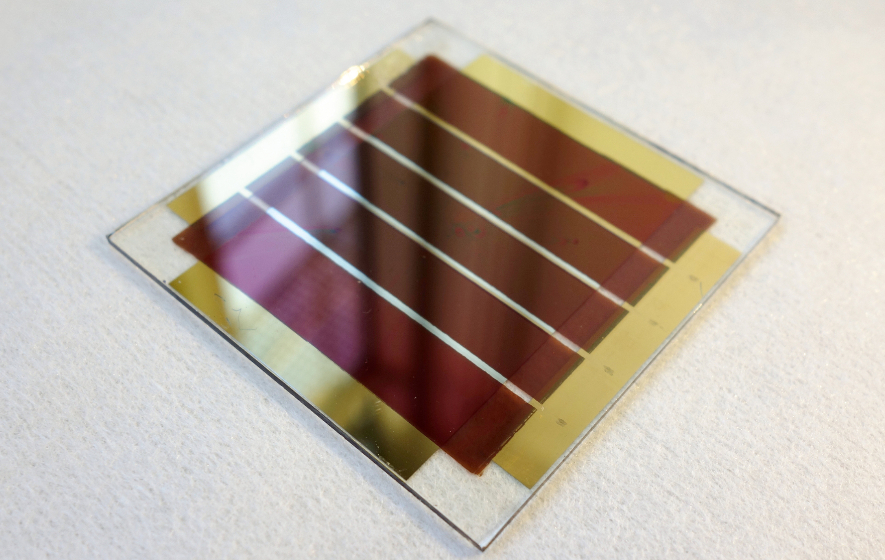 However, photovoltaics still face an environmental problem despite the use of perovskite: the modules’ lead content. According to Chris Case, Oxford PV also uses very small amounts of lead: “[Therefore,] we have not found any common or strong objections from customers. There are no reasonable alternatives for high-efficiency solar cells.” This is confirmed by Goldschmidt: “At Fraunhofer ISE, we are exploring alternatives for producing lead-free perovskite-based solar cells, but strongly expect it will take us at least ten years to come up with a commercialisable solution.” Goldschmidt does not believe that the heavy metal in the modules is a real concern.

This is all the more true as there is still substantial room for improvement as far as efficiency goes. The theoretical efficiency is 43 percent, Case claims: “We have a roadmap to take our cells to 33 percent.” He believes that 40 percent is realistic in the long term: “In more than 65 years of development, silicon has achieved 26.7 of its maximum potential of 29 percent. We have been researching perovskite-silicon for a mere six years. So there’s still a lot of headroom.”