Hydrogen has rapidly become a key element of an energy transition which needs to happen fast, both in climate terms and as measured by the normal speed by which new technologies have historically been developed and deployed. The focus in terms of production is green hydrogen, making the gas using electricity to split water in an electrolyser. The idea then, at least in the transport sector, is to feed the hydrogen into a fuel cell, reversing the process of electrolysis to generate electricity and run an electric motor. However, UK heavy vehicle manufacturer JCB has come up with another, potentially simpler idea, which could be deployed more rapidly than either the challenging application of electric batteries to heavy vehicles or the development of affordable fuel cells on a mass scale.

Using its long experience of engine development, JCB has unveiled a hydrogen-fuelled piston engine, which could be rolling of production lines, using existing supply chains, in a few years and at a relatively low cost compared with the alternatives. The engine is based on the company’s Dieselmax 448 four-cylinder engine, but with some substantial modifications, such as a new induction system, and has initially been designed for JCB’s off-road heavy vehicles. As hydrogen is carbon free, no greenhouse gases are emitted during combustion, and even the raw exhaust from the experimental engine has less nitrogen oxide than the best performing diesel engine, JCB says. Using exhaust treatment technologies, the company believes the engine can achieve what it calls a ‘zero impact level’. The company is also looking at hydrogen fuel cells, last year announcing the development of its first hydrogen fuel cell powered excavator.

What will we fill up our cars with? Read more

However, JCB’s latest initiative highlights the possibilities for direct hydrogen burn in other areas, for example, aviation and shipping, as well as power generation. Could the most efficient natural gas turbines run on hydrogen? In April, independent power supplier eRex started construction of what will be Japan’s first commercial hydrogen power plant. Although small – 360 kW — the hydrogen engine will be grid connected, using synthetic gas that has zero carbon hydrogen as the main component. The next step will be a 50-100 MW power plant.

Moreover, major turbine manufacturers say their gas turbines can run on hydrogen, pointing to existing experience of using fuels with often high hydrogen content, such as synthetic gas, steel mill gases and refinery off-gases. GE, for example, says gas turbines are inherently fuel-flexible and can be configured to run on hydrogen or similar fuels either as a new unit or after use with natural gas, depending on the initial designs of the turbine and ancillary equipment.

In its report, Hydrogen for Power Generation, GE notes that there are a huge 1.6 TW of gas turbines installed globally, accounting for about 22% of the world’s electricity generation. The ability to feed these engines with low carbon fuels — hydrogen, synthetic methane, biofuels or ammonia – instead of natural gas, means building gas turbines now does not necessarily lock countries or companies into a fossil fuel driven future.

View inside a gas turbine: Gas is burned in the combustion chamber to drive the turbine and generate mechanical power. © GE 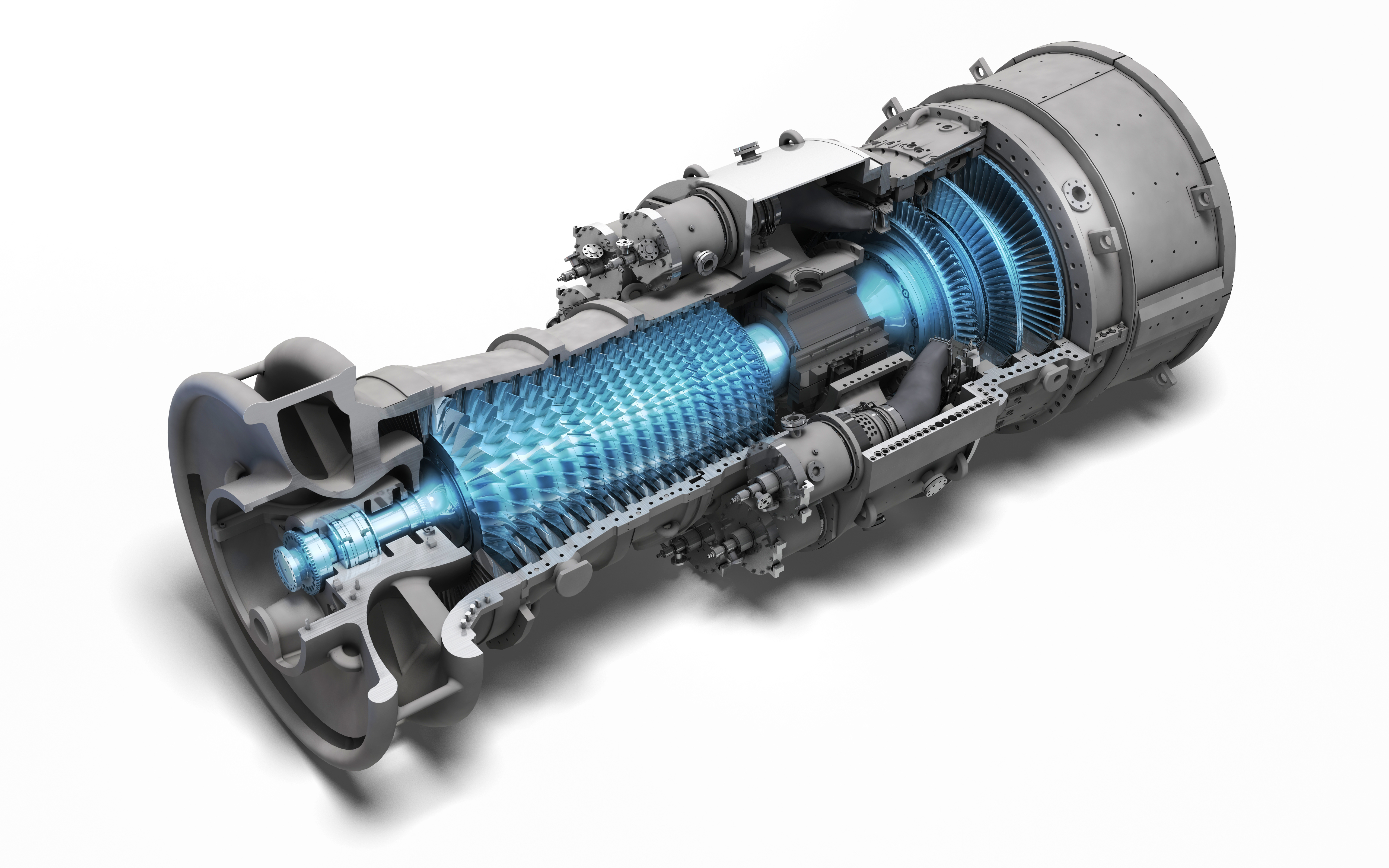 View inside a gas turbine: Gas is burned in the combustion chamber to drive the turbine and generate mechanical power. © GE 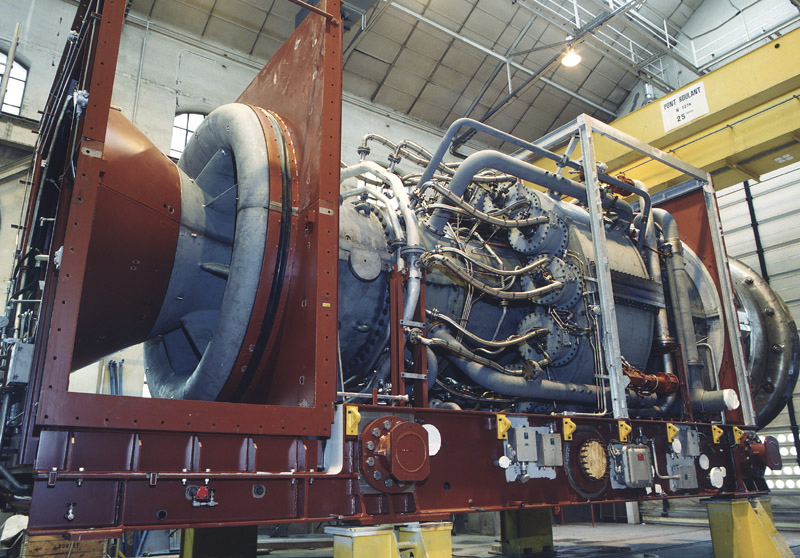 GE’s MNQC and single nozzle combustors can operate on hydrogen levels up to 90-100% by volume today. At 90%, the remaining constituent of the fuel is not natural gas, but inert gases such as nitrogen and water vapour. These, however, are special purpose turbines. The company says that today it’s largest baseload gas turbines for power generation can use up to 50% hydrogen and that 100% is possible by 2030.

Both JCB and GE make the point that using existing technologies – gas turbines and ICE engines – zero emissions power generation and transport from hydrogen and other low carbon gases could arrive much earlier than expected. Newer technologies will take time to bring costs down, get production levels up and gain widespread social acceptance.

Energy transitions, for example from coal to oil in transport, have historically taken up to a 100 years. And, although technological adoption rates have increased, building a hydrogen-based energy system is not the same as introducing a smart new consumer product like a mobile phone. And when it comes to climate change, speed is of the essence. It thus makes sense to use existing knowledge, expertise and infrastructure, the companies argue.

However, how hydrogen is used is only half of the problem. Using a new technique for hydrogen extraction from water, pioneered by Tokyo-based start-up Hydrogen Technologies, eRex quotes a price of about $7.25 for one kilogram of the fuel. The company recognises that green hydrogen production costs need to fall, if widespread adoption is to be possible, and that this is only likely to happen with the mass production of low carbon hydrogen. This, in turn, relies on the large-scale construction of renewable generation capacity, such as solar and wind power, electrolysers, as well as potentially other less well-established technologies like Carbon Capture and Storage.

Nonetheless, companies like JCB and GE are demonstrating that when faced with a tough challenge, you do not always have to think outside of the box – the box itself may well contain some new, previously undiscovered tricks, which provide solutions on a relatively fast timescale.