Progress was made in many areas although this year’s World Climate Conference in Sharm El-Sheikh lacked a major breakthrough. The same can be said for offshore wind energy. Proof positive: the Global Offshore Wind Alliance (GOWA), which was established in the weeks leading up to COP27 by Denmark, the International Renewable Energy Agency (IRENA) and the Global Wind Energy Council (GWEC).

Floating wind turbines like this one in Port Talbot, Wales, offer the possibility of harnessing the constant energy of the ocean winds even in deep waters 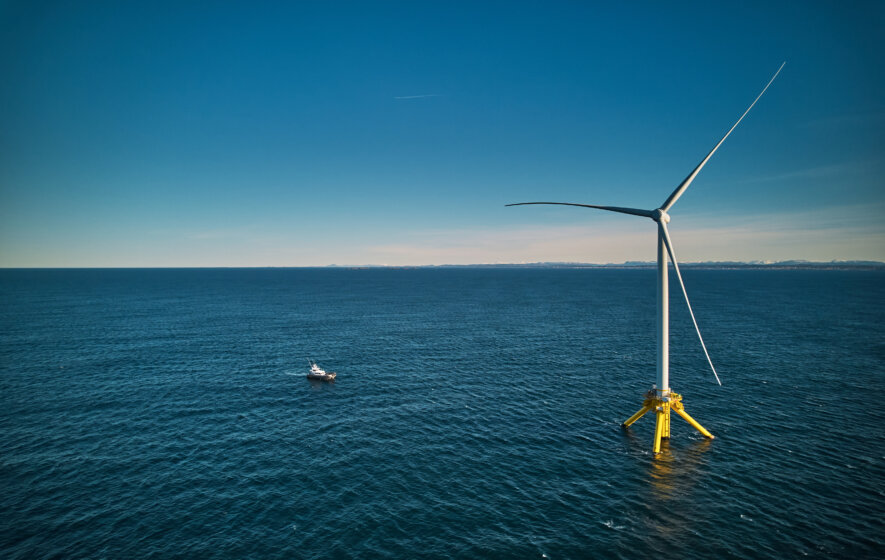 Floating wind turbines like this one in Port Talbot, Wales, offer the possibility of harnessing the constant energy of the ocean winds even in deep waters

The union for the acceleration of offshore wind energy expansion has accepted further members. Belgium, Great Britain, the Netherlands and Germany round up the list of Europe’s major wind power producers on the roster. Also joining the alliance are all nations with a coastline on the North Sea, thanks to Norway’s accession. Further new European member states are Ireland and Portugal. To date, these countries do not have a notable number of wind turbines at sea, but they both intend for this to change in the near future.

Offshore wind power around the globe

The United States of America, a potential offshore wind giant on the other side of the Atlantic, has also become a member. Although the USA only has a few offshore wind farms in operation thus far, the country has very ambitious expansion plans.  The objective is to build wind turbines off the east and west coast with a total capacity of 30 gigawatts by 2030. Whereas Colombia is known primarily for its highlands, according to government plans, its Caribbean coast in particular has the potential for 50 gigawatts of offshore wind power. An invitation to tender for the first concessions is scheduled for 2023.

Joining the alliance on the other hemisphere are Japan and Australia. Japan hardly has any usable onshore energy resources and wants to make use of offshore wind energy and reduce its dependency on energy imports. By contrast, Australia is brim-full of sustainable energy sources. The country seeks to become an exporter of renewables via ocean cables to southeast Asia as well as by selling green hydrogen abroad. In this quest, an important role could be played the approximately 4,000 terawatt hours of offshore wind power which, according to estimates, Australia could generate from shallow coastal waters alone.

380 gigawatts from offshore wind energy by 2030

GOWA members are dedicated to accelerating offshore wind expansion around the globe. The goal is to grow world generation capacity from 57 GW today to 380 GW by 2030. Based on estimates by IRENA, this could enable wind energy at sea to account for 24 percent of world electricity supply. This is how GOWA wants to exceed the former targets of its founding members IRENA and GWEC by 40 percent. In their Global Offshore Wind Report 2021 in the autumn of 2021, they had declared 270 GW as their objective for 2030.

The approach taken to achieve this goal is to improve worldwide cooperation and remove obstacles, including in countries that have not made use of this technology so far. GOWA holds the view that substantial generation capacity can be built fairly quickly by expanding offshore wind. This would afford countries the possibility to close the gap between climate targets and the status quo of their national energy transitions.