Energy supply – no storage, no transition

What do batteries, basalt granules and hydrogen tanks have in common? They are all capable of storing energy in a certain state. All three of these technologies can make a contribution to a future security of supply. After all, only if a wide range of storage systems is deployed can electricity from renewables be used everywhere and at all times.

Regenerative sources of energy harbour enough potential to meet the demand of humankind several times over. Wind and solar power are currently considered to offer the greatest opportunities based on their economic feasibility. Given favourable conditions, producing electricity from these renewables is already less costly than from conventional energy sources such as coal and nuclear fuel.

The 7-MW lithium-ion battery storage system on the site of RWE's pumped storage power plant at Hengsteysee in Herdecke uses 552 battery modules, each with 100 lithium-ion cells.

The RWE pumped storage power plant in Herdecke is the largest of its kind in NRW. This means that electricity can be stored and then released when demand requires it at short notice.

District heating storage at an industrial plant. These storage facilities are intended to compensate for fluctuations in the district heating network.

The 8.5 MWh storage facility in Stephenstown, Ireland, can feed into the power grid at very short notice when demand requires it.

The Texas Waves battery storage project in Inadale is coupled with the West Texas Wind Farm. 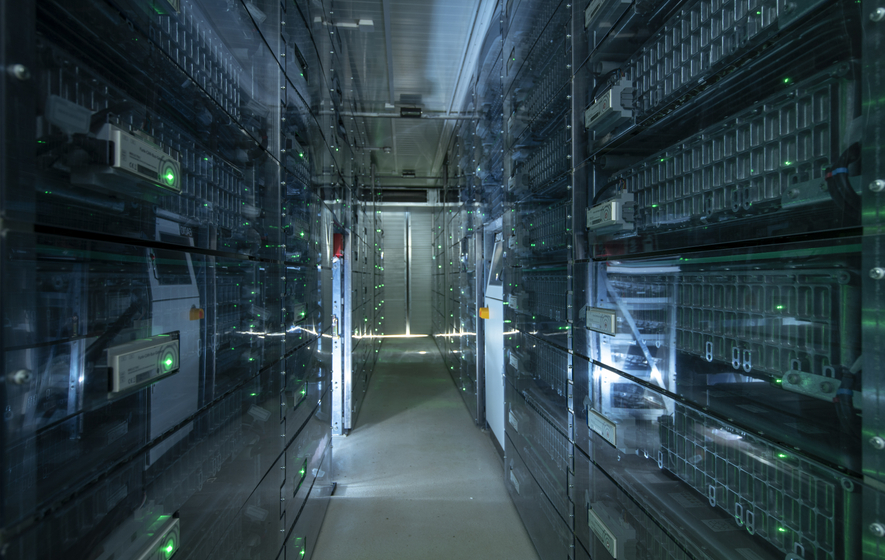 The 7-MW lithium-ion battery storage system on the site of RWE's pumped storage power plant at Hengsteysee in Herdecke uses 552 battery modules, each with 100 lithium-ion cells. 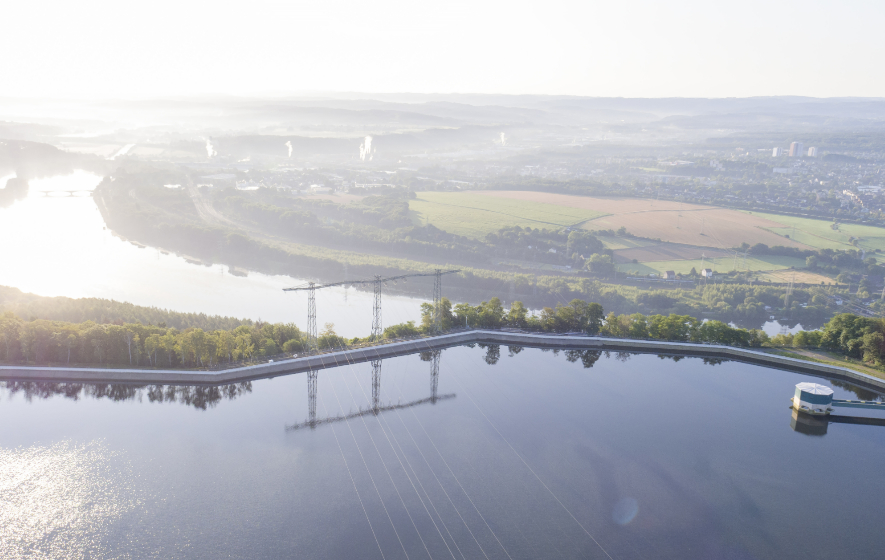 The RWE pumped storage power plant in Herdecke is the largest of its kind in NRW. This means that electricity can be stored and then released when demand requires it at short notice. 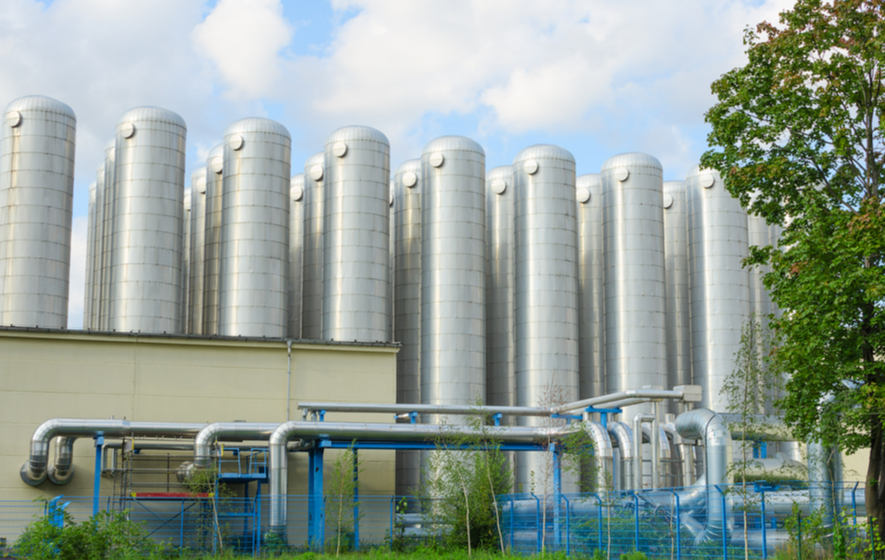 District heating storage at an industrial plant. These storage facilities are intended to compensate for fluctuations in the district heating network. 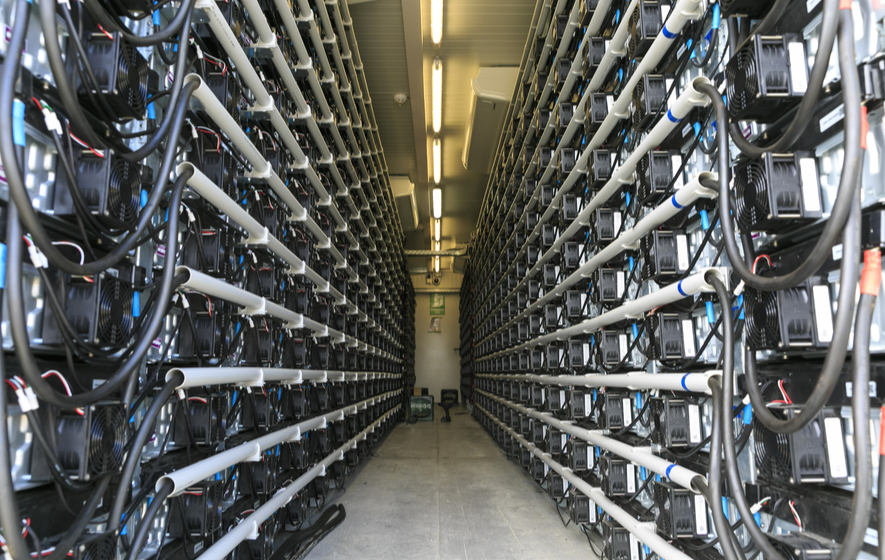 The 8.5 MWh storage facility in Stephenstown, Ireland, can feed into the power grid at very short notice when demand requires it. 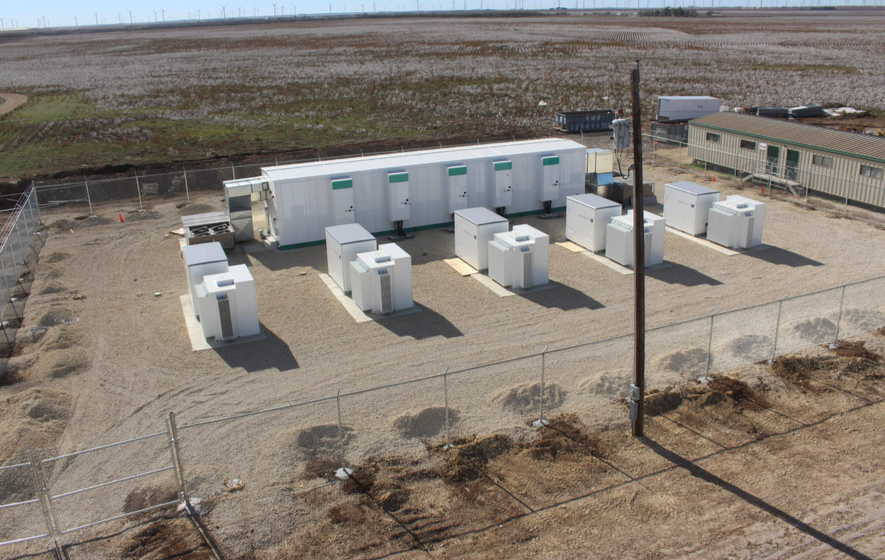 The Texas Waves battery storage project in Inadale is coupled with the West Texas Wind Farm.

Why then, do we need energy stores?

However, no matter how efficient and affordable it is to use them, generating electricity from wind will always remain dependent on the weather, with solar power production hinging on the time of day – and season to boot. The latter also holds true for direct utilisation of the sun’s heat, for instance in solar thermal rooftop systems used to heat drinking and heating water or as industrial process heat. And of course, it is regrettably needed most when the sun provides the least amount of energy, i.e. in the winter.

What do energy stores accomplish?

Sustainable energy systems need storage units to provide enough energy in the form of electricity, heat or fuel no matter the season or weather

Electricity stores have always been required to offset changes in production and consumption in the grid. This is because an electricity network is only stable as long as the target frequency (50 Hertz in Europe) is maintained. And this is only ensured when feed-ins and withdrawals are in equilibrium.

This balance is maintained by innumerable electricity storage units across all grid levels, pumped-storage power stations capable of compensating for gigawatts of fluctuation over several hours all the way down to flywheel energy storage systems and capacitors correcting for miniscule deviations in fractions of a second.

For the aforementioned reasons, generation increasingly fluctuates commensurate to the rise in the share of the energy mix accounted for by wind and solar power. Consumption may also be less constant in the future, for instance when about a million electric vehicles have to be charged.  The International Energy Agency (IEA) projects the need for worldwide installed battery storage capacity to grow to 585 gigawatts (GW) by 2030, as compared to 17 GW at the end of 2020.

Articles on the topic of energy storage

What are the latest electricity storage innovations?

For years, research institutes, renowned companies and startups have been surging onto the market with a wide variety of solutions for electricity stores. The degree of innovation runs the gamut from optimising tried-and-tested techniques such as flywheel storage systems and redox flow storage units to developing new concepts such as underwater pumped-storage power stations, salt water batteries and storage facilities in which carbon dioxide is converted to liquid state. Each of these technologies has its advantages, which translate into optimal applications in the energy system.

Battery storage systems are basically the jacks of all trades when it comes to warehousing electricity. The most widespread technology in the field is lithium-ion. The cost of these rechargeable batteries has become fairly reasonable, they can store and release electricity quite quickly, and they are very energy efficient. Lithium-ion batteries discharge more than 90 percent of the energy stored in them. Furthermore, they are virtually infinitely scalable, with applications running the gamut from cell phones to storage power plants with capacities in excess of 100 GW.

Figuring among the alternatives are redox flow batteries. They are considered to be slightly more sustainable because they contain fewer rare raw materials and maintain full capacity over far more charging cycles than their lithium-ion cousins. However, like for like in terms of performance and capacity, they are much bigger and heavier, making them suitable only as stationary storage solutions wherever space abounds. In addition, they have a somewhat lower electrical efficiency.

Capacitors stand out by virtue of their extremely high power density and because they can store and release electricity several times faster than batteries. This holds true especially for supercapacitors. Moreover, they are considered to be more resistant to temperatures below freezing. The drawback is that they are only capable of storing relatively small amounts of energy. In addition, capacitors are so expensive that they are only profitable in applications where their advantages are particularly important.

Pumped storage power plants and dammed lakes are a fair counterpart to capacitors. These stations use water to pump excess electricity to a higher reservoir. On demand, the water is released to the lower reservoir, powering turbines that generate electricity. Retaining walls are also often fitted with hydroelectric power plants which produce electricity only during periods of high demand.

Despite their high investment costs, hydroelectric power stations rank among the most cost-effective energy storage systems thanks to their long service lives, which span several decades. Large hydropower pants are capable of delivering high output for hours and days uninterrupted, even compensating for seasonal fluctuations in generation from renewables.

Innumerable additional technologies exist alongside the aforementioned – all of which can contribute to a stable electricity supply system. For instance, a heat and cold storage system is being tested in Denmark. It uses surplus electricity from solar farms during the day to heat basalt granules in one tank and cool them in another. The difference in temperature can be leveraged to generate electricity during the night. Many of these techniques have been showcased in the en:former.

Is electricity the only form of energy stored?

Electricity is not the sole element of the energy transition. To the contrary, in Germany for example, more than half of all energy is used for heating purposes. So far, only a small portion of this has been obtained from renewable energy sources. Making use of geothermal energy, i.e. the heat residing under the Earth’s crust, could be the solution. This method would make production independent of the weather and seasons, unlike the usage profile. Therefore, it could prove worthwhile to store the heat produced in the summer for use during the winter.

Yet another approach involves increasingly generating heat (and cold) using electricity, for instance with heat pumps. Experts claim that the average cost of storing thermal energy is roughly half that of storing electricity. It thus appears that it could also pay off here to synchronise generation and demand profiles with thermal instead of electricity storage facilities, especially given that heat storage systems can be used to produce electric power.

However, heat and cold storage units have been rather few and far between so far. But some logistics providers already capitalise on periods of excess electricity to cool their refrigerated warehouses ahead.

Various techniques are subsumed under the generic term Power-to-X (PtX for short). They are based on employing green electricity to force chemical reactions resulting in the creation of gases or liquids.

One drawback of PtX methods is that they are not very efficient. This means that only a fairly small amount of the energy consumed by the process can actually be used. Therefore, they are considered to be a ray of hope in areas that are rather difficult to electrify, such as trains and space heating.

Today’s electricity storage systems are simply too heavy to be used in commercial aircraft. In some branches of industry such as cement and steel production, fossil fuels cannot be fully replaced by green electricity owing to the necessary chemical processes. This is where PtX technologies can play their part in decarbonisation.

Hydrogen electrolysis is probably the most prominent PtX technique. It cleaves water to obtain pure hydrogen. If the electricity employed in the process is produced by a sustainable method, the end product is referred to as ‘green hydrogen’. At present, feed-ins of this gas into the natural gas grid is restricted. However, there are plans to build dedicated hydrogen networks. The gas can be used as a fuel for internal combustion engines, turbines and fuel cells, e.g. for heating, generating electricity and powering means of transport.

To obtain synthetic fuel, hydrogen is bonded to carbon atoms. Resulting products include diesel, methanol and aviation petrol. The additional process steps further reduce energy efficiency. This is why synthetic fuels are a useful option especially when it is too costly and time-consuming to convert to other sources of energy.

However, research is being conducted on processes that reduce energy consumption. In Austria, primitive organisms in depleted gas caverns are used to obtain sustainable methane from green hydrogen and captured carbon dioxide without increasing energy usage. The methane can be used as conventional gas.

Solutions that make direct use of the sun’s heat without the intermediate step of generating electricity represent an equally innovative way of producing fuel and sulphuric acid.